Cristo Redentor. Basically, the ultimate symbol of Rio. And also, something I have always inexplicably linked with Romeo and Juliet. Or rather, Baz Luhrmann's rather amazing 1996 film version of it, with the Capulets and Montagues warring gang families in a place which was either meant to be Miami beach, or in my opinion more likely, Rio. Watch the opening prologue, which is not only a pretty epic bit of editing but shows the fictional city's own version of the Christ. "Shoot forth thunder."

Rio's Christ could not be in a more epic location. Certainly you won't forget the first time you see it, up on a high mountaintop, most likely with clouds accumulating around and below it. It is on the Corcovado mountain: a central point in Rio de Janeiro city, and one which also often neatly separates weather systems: one side will be blanketed in low cloud, while the other side will be clear.

Getting there usually means heading to a the square where tourist buses take people up. It seems you can either opt to be taken to the entrance for the railway, or all the way to the gates just below the statue. Or, you can do what I do, which is ride your scooter up the steep cobbled roads (steep roads...), park up at the railway building, and then walk the final 1.5km up the hill.

There were no other people doing the walk. In fact, I was almost expecting the Christ to be deserted when I got there, late in the afternoon. Getting to the gates however I found I still had to pay to get in, despite having walked there. And once in I found the place anything but deserted: nobody else walks it. In fact, nobody else walks anything if they can help it: they get ferried to and from the gates, and then there is an elevator and escalators to take them to the statue, just in case people might suffer from having to walk a few steps. (And on the way back down I was told I could have a free ride down in a minibus to the rail building, but after spending five minutes in the queue I realised it would be quicker and easier to walk back down - or rather, do a bit of Rio de Janeiro fell running through the jungle...).

It is impressive, no doubt. Sadly, one of those places which would be even more impressive if you could stand in a position for more than four seconds without somebody asking you to move because you are in the way of their selfie. No really. I really mean this: you will be asked to move, all the time, because somebody has an urgent need to thrust out their arms and be so original in their selfie taking endeavours.

Still. The view is good. As an experience though, I preferred the walk through the jungle to get to it, seeing it suddenly looming above me.

And, afterwards, my ride back through the mountains to the west, in the gathering darkness, with a rapidly diminishing tank of gasolina comune.

Also, the Christ was a final sight on my departure from the city: craning my neck around in my seat on the plane late at night I could just pick out the brightly lit statue from a distance of perhaps 20km, high up above everything else. 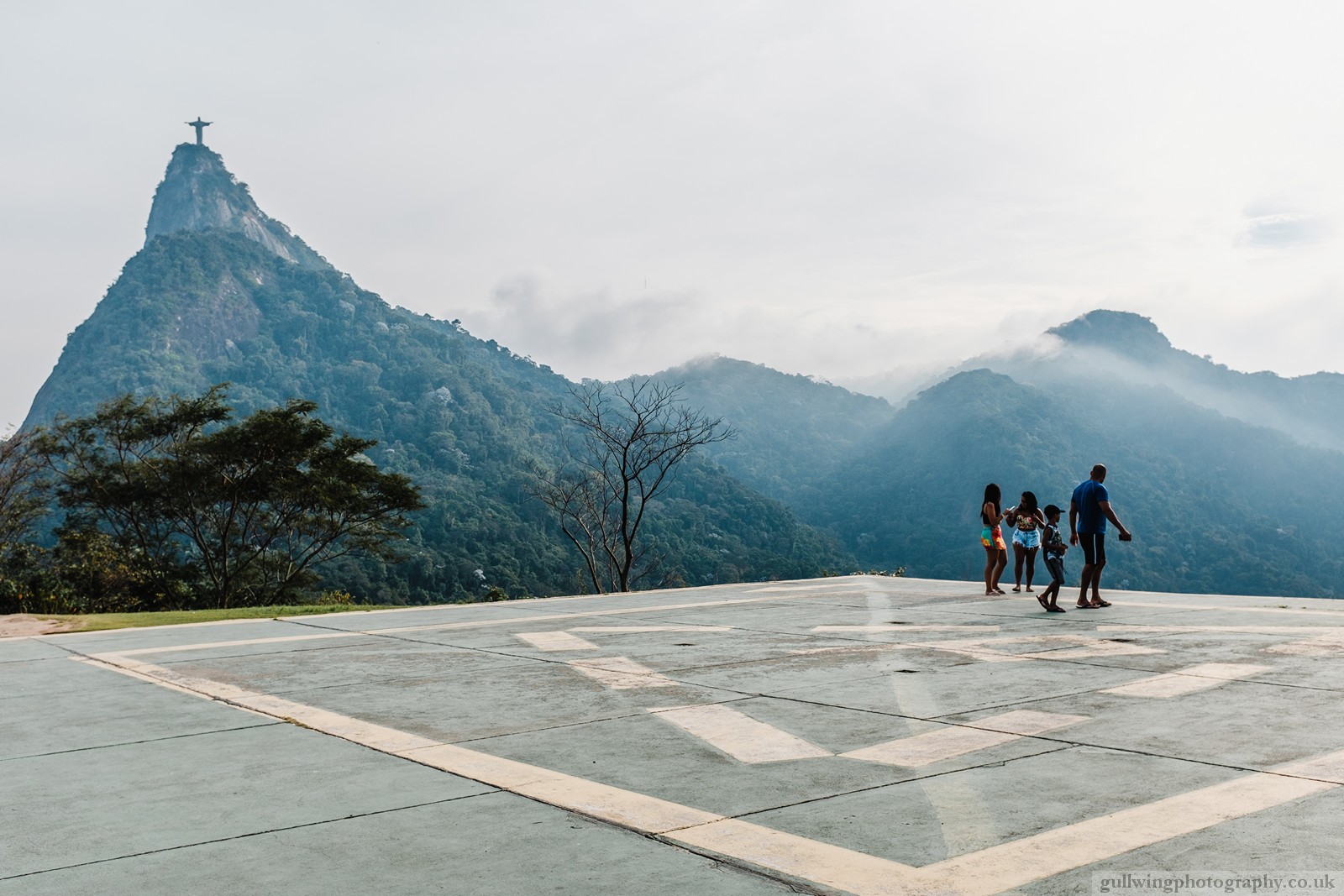 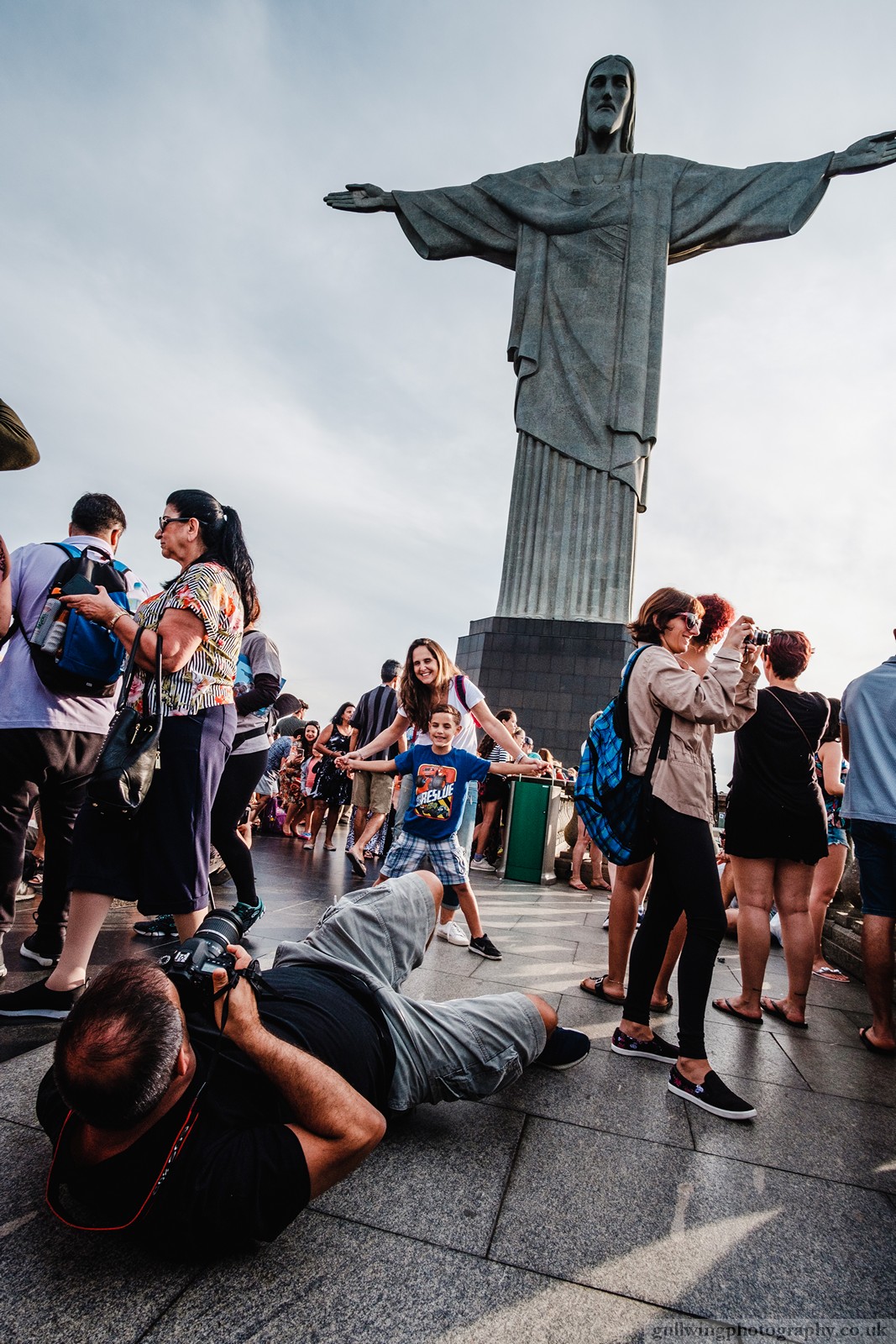 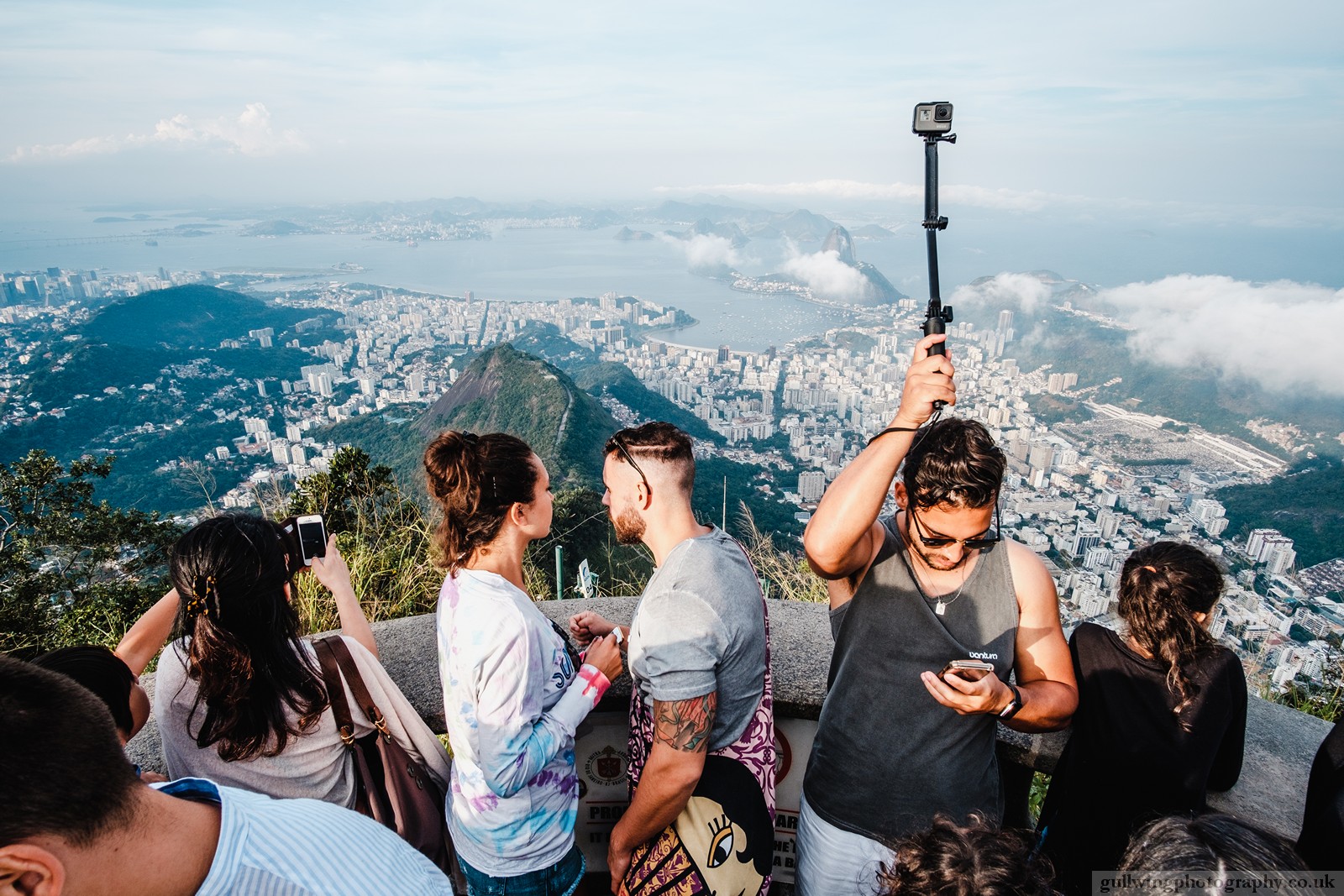 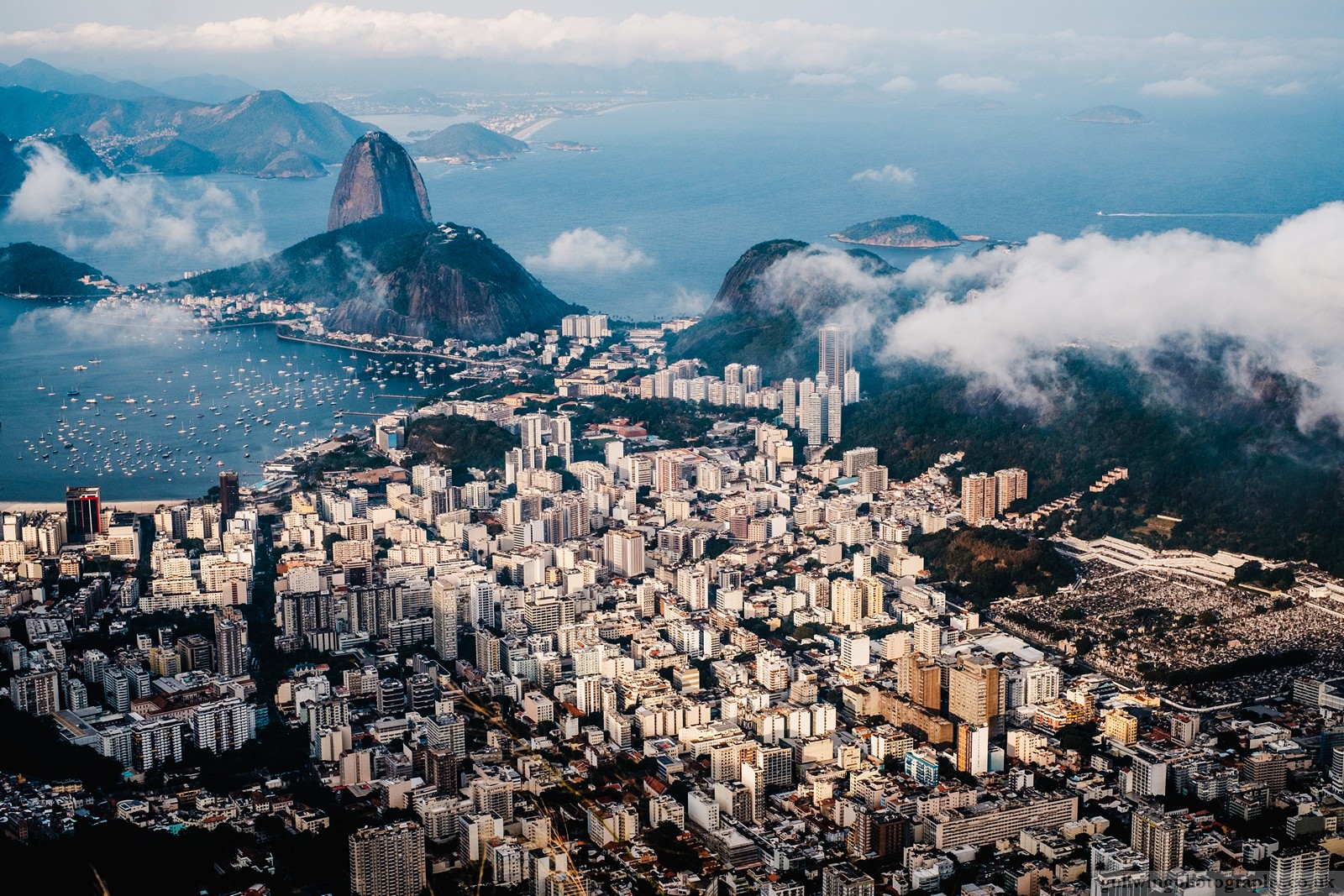 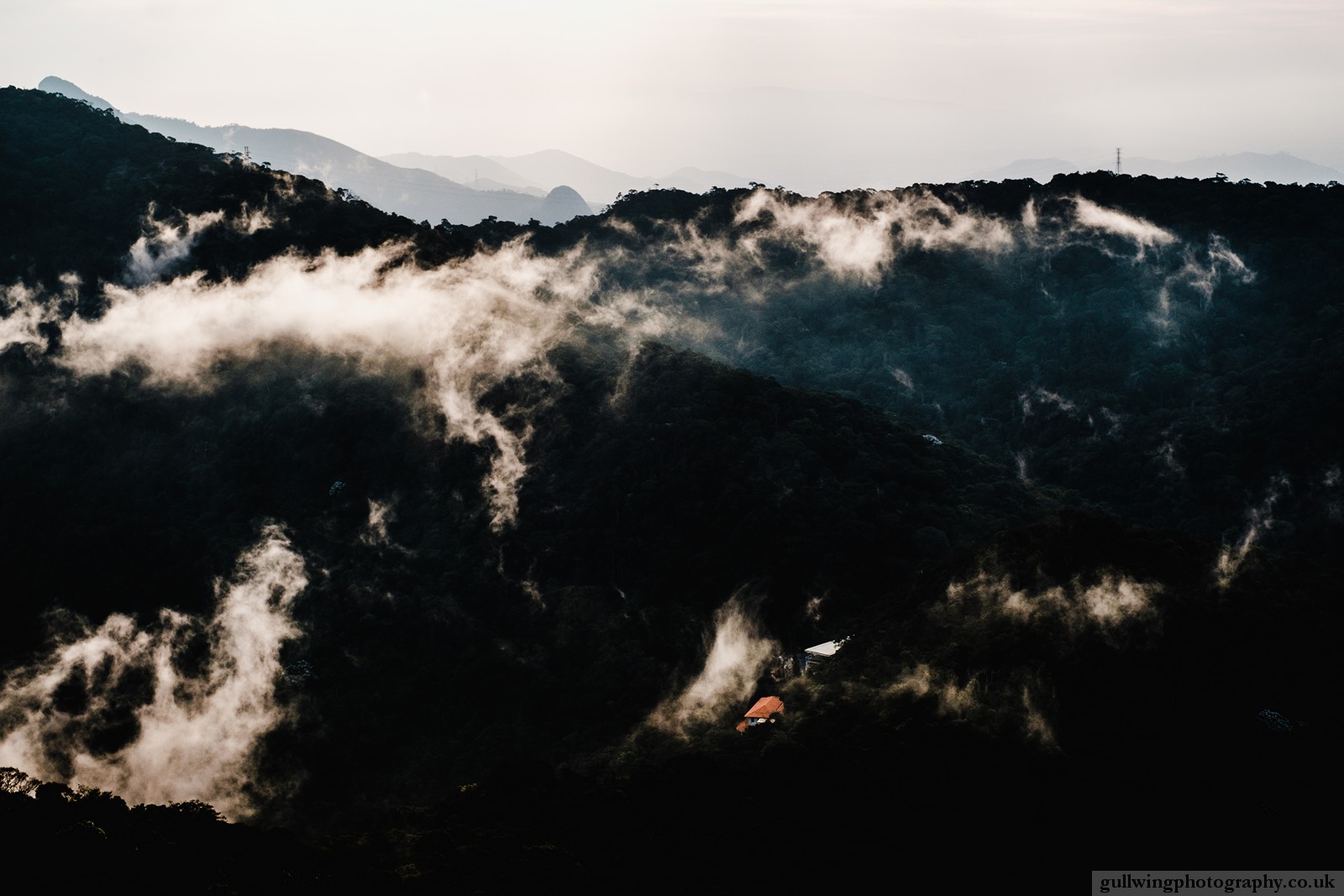 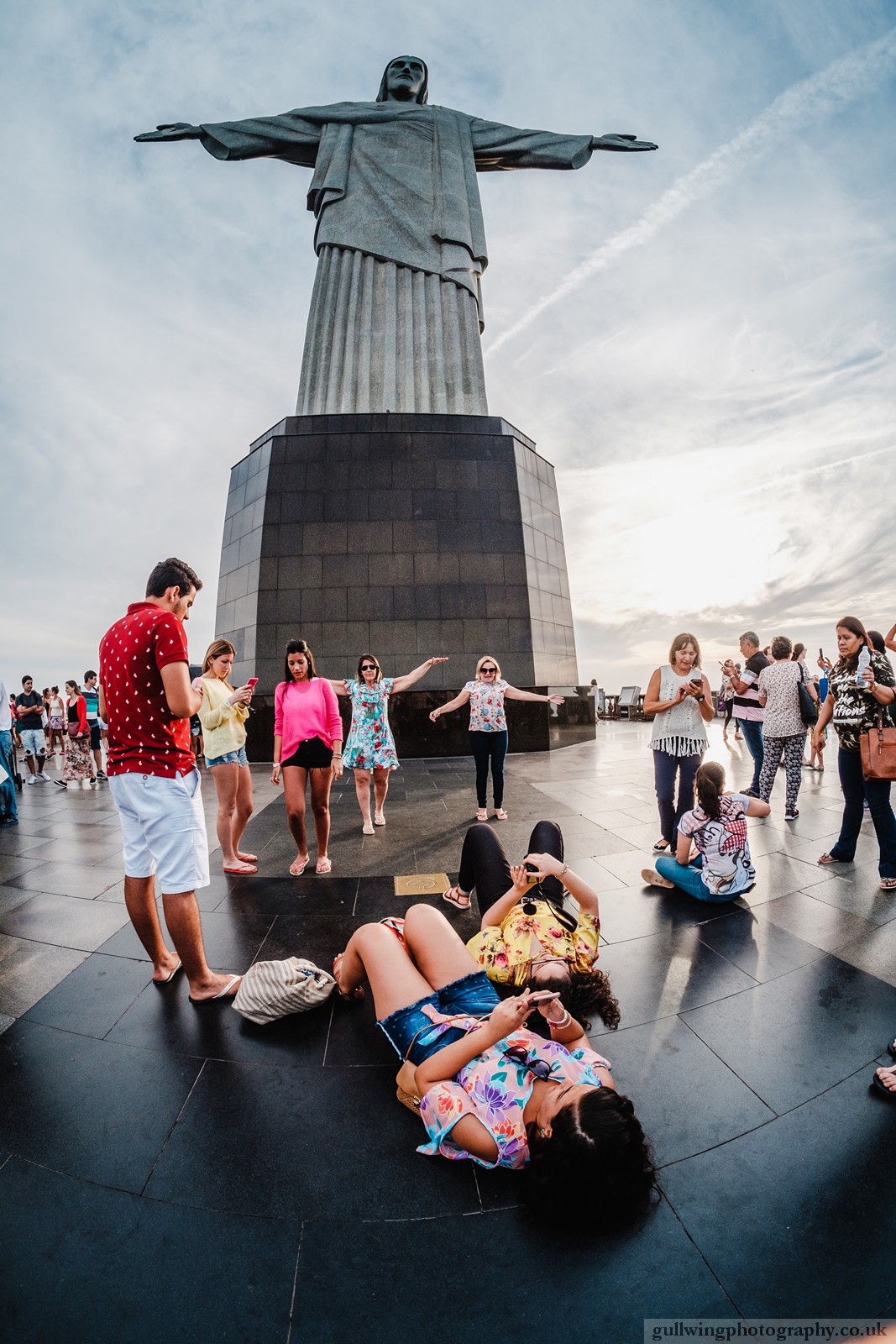 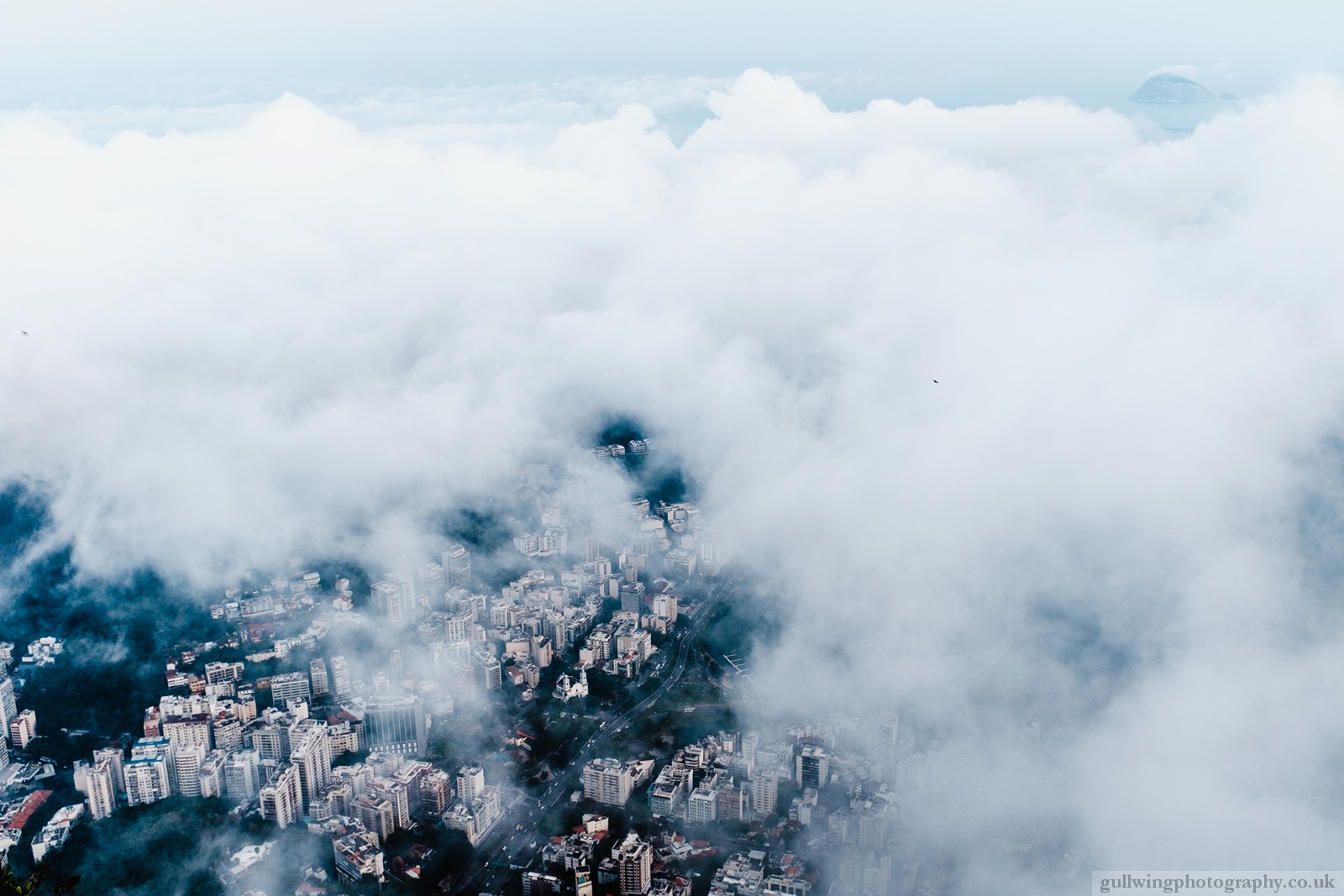 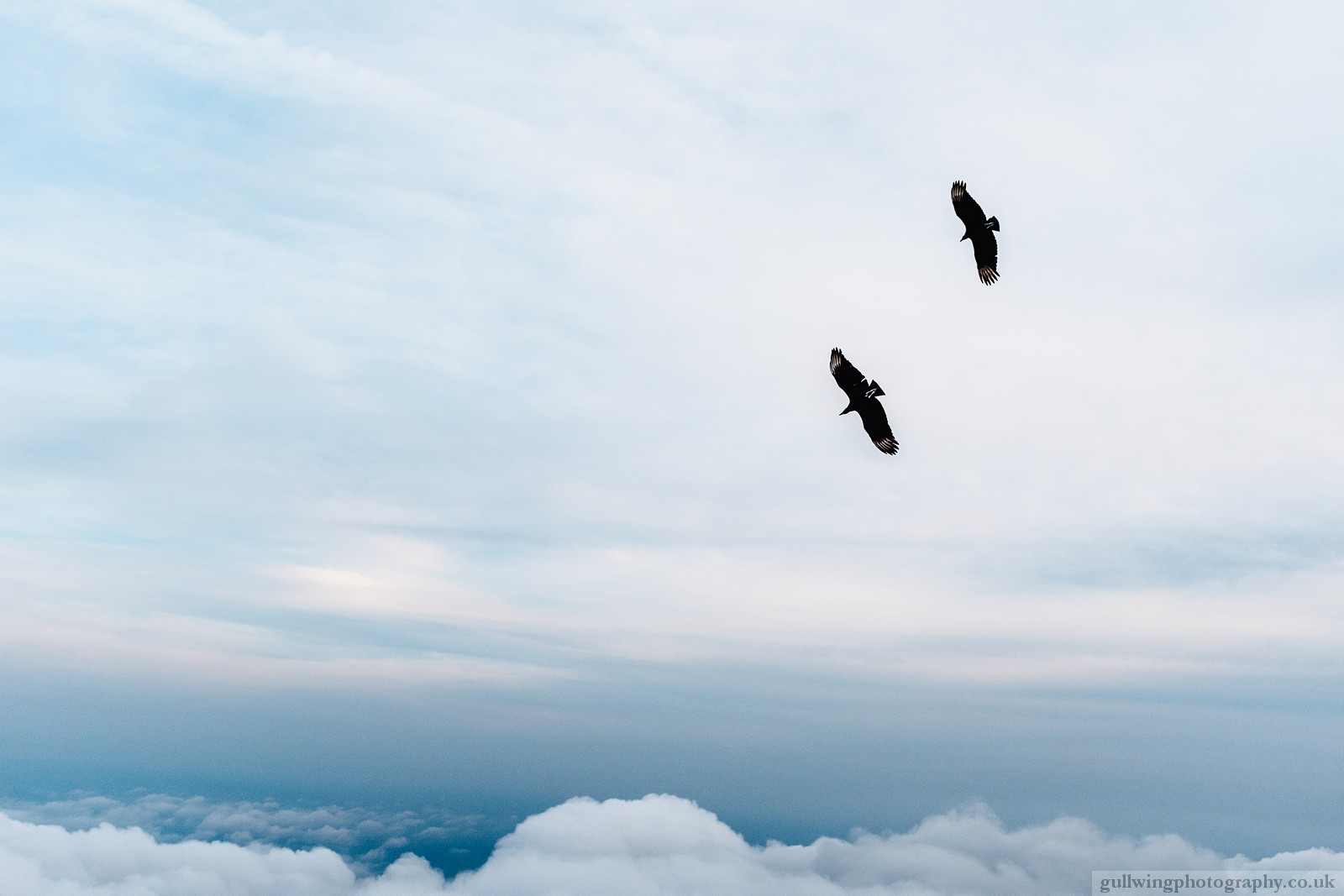 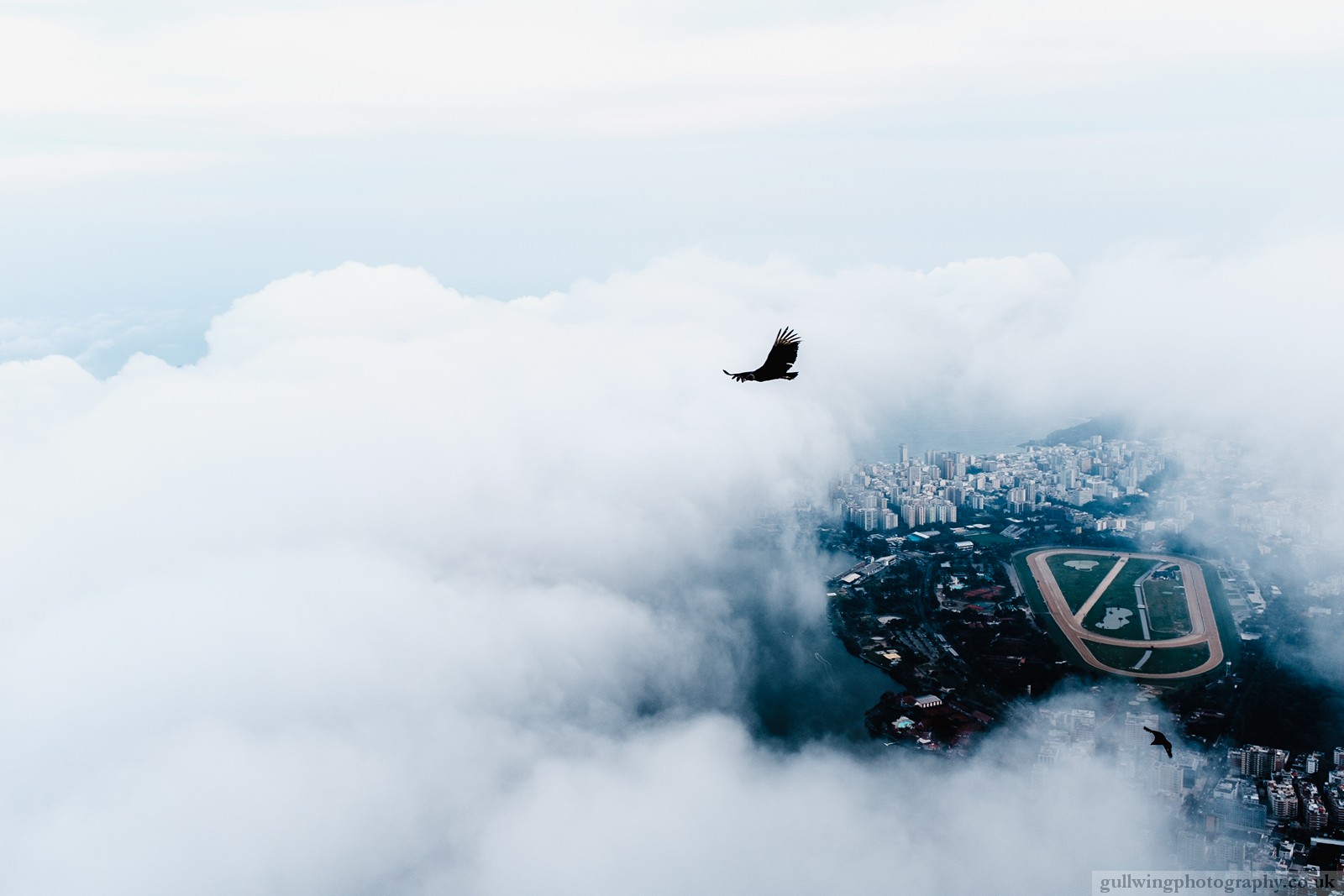 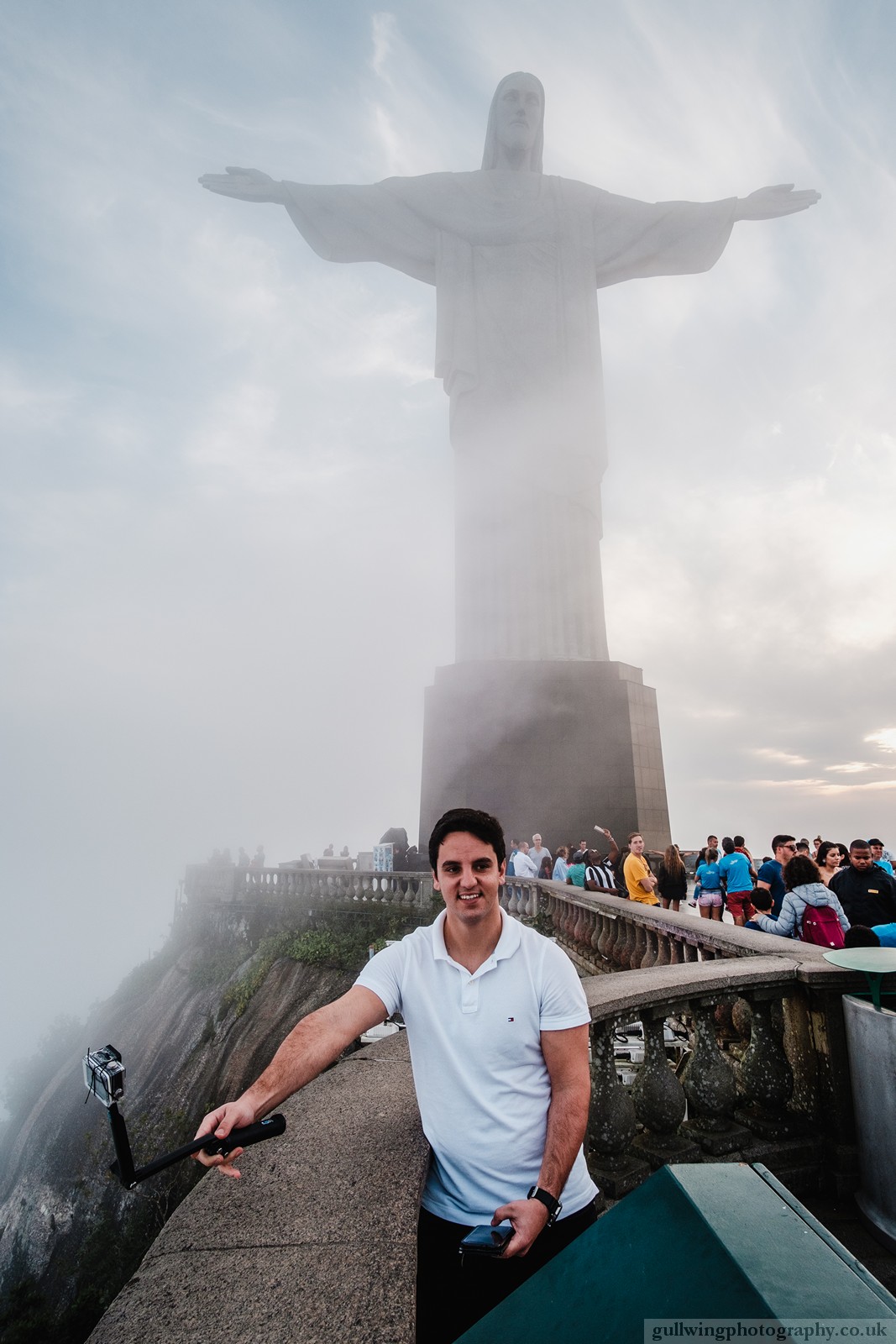 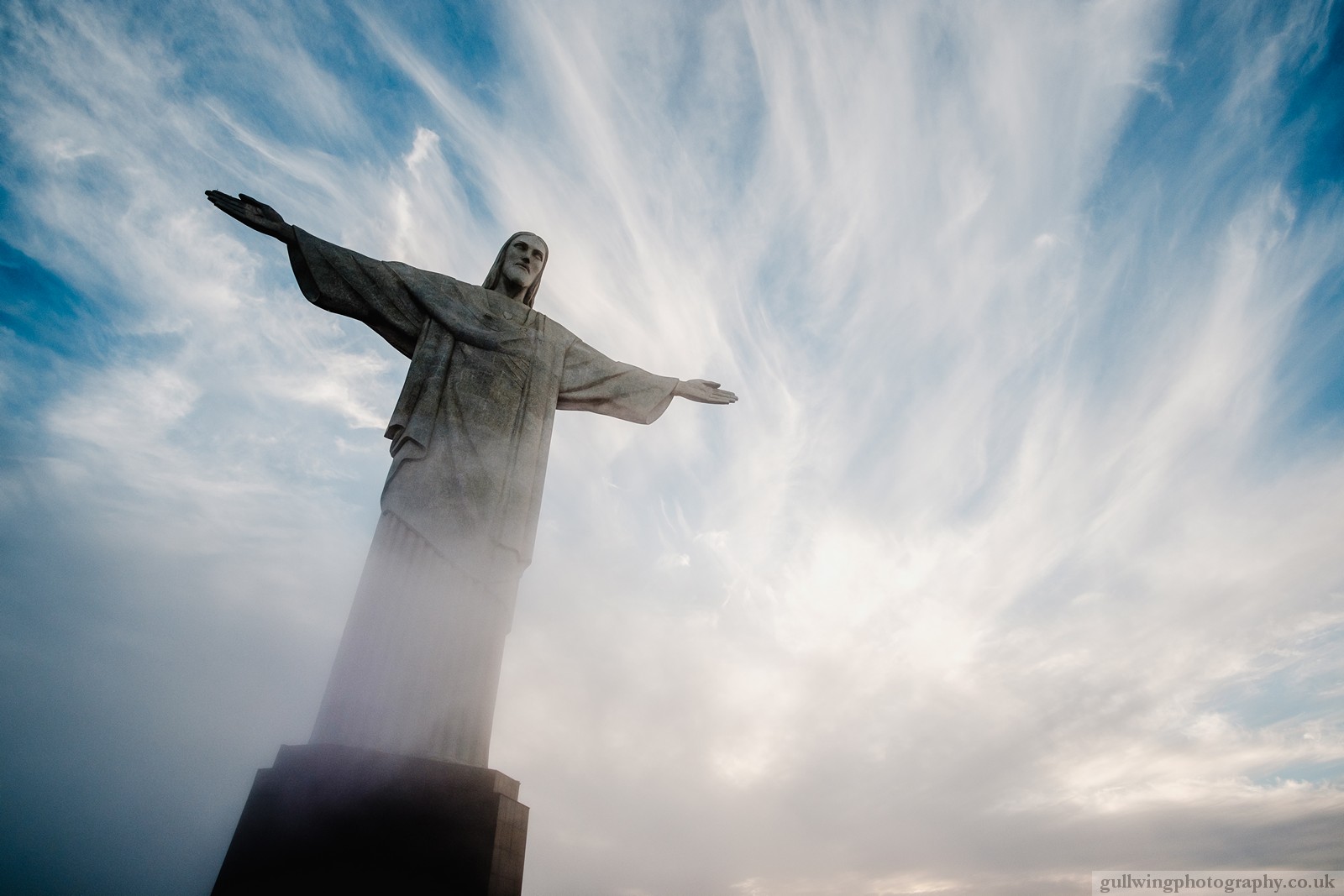 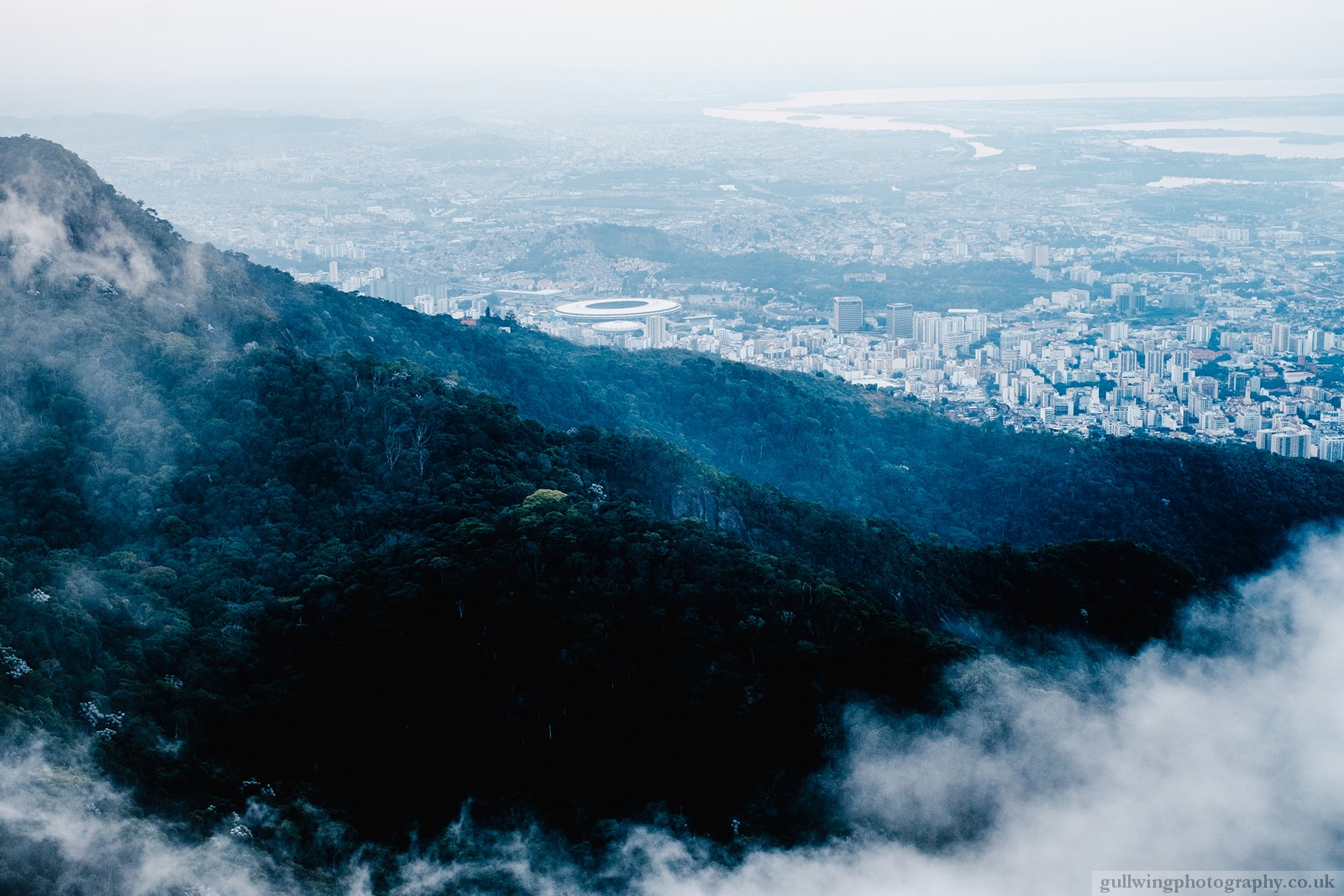 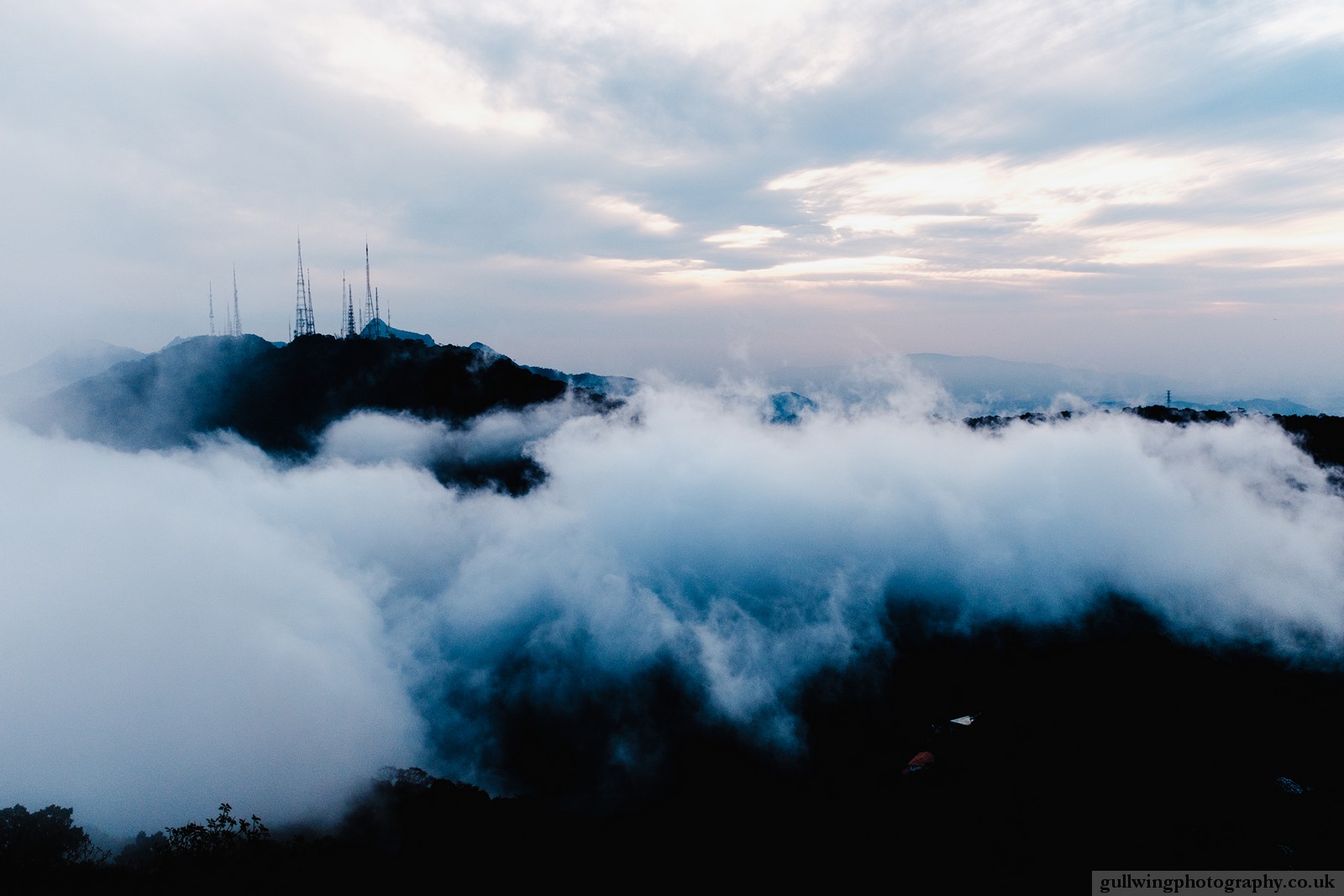 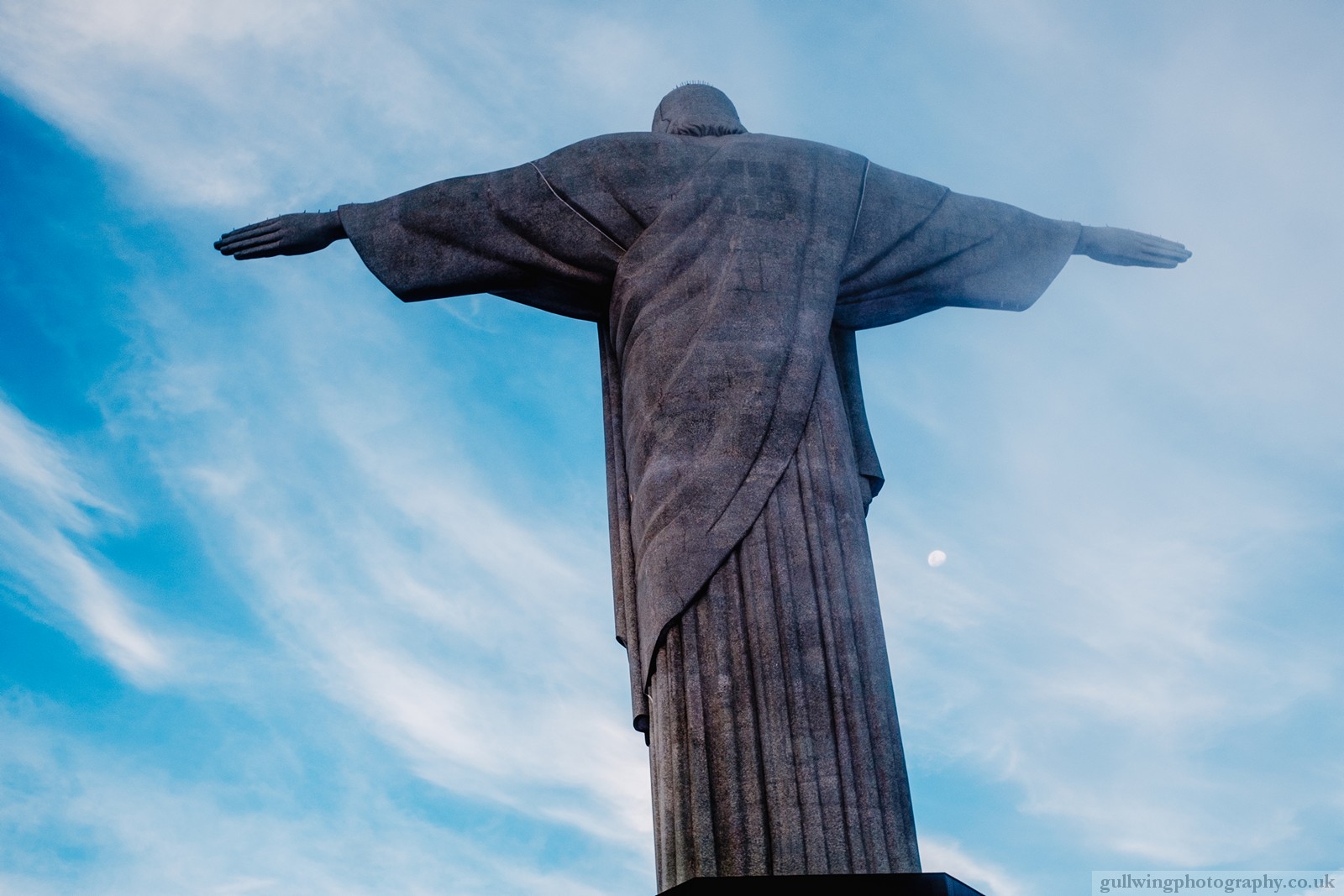 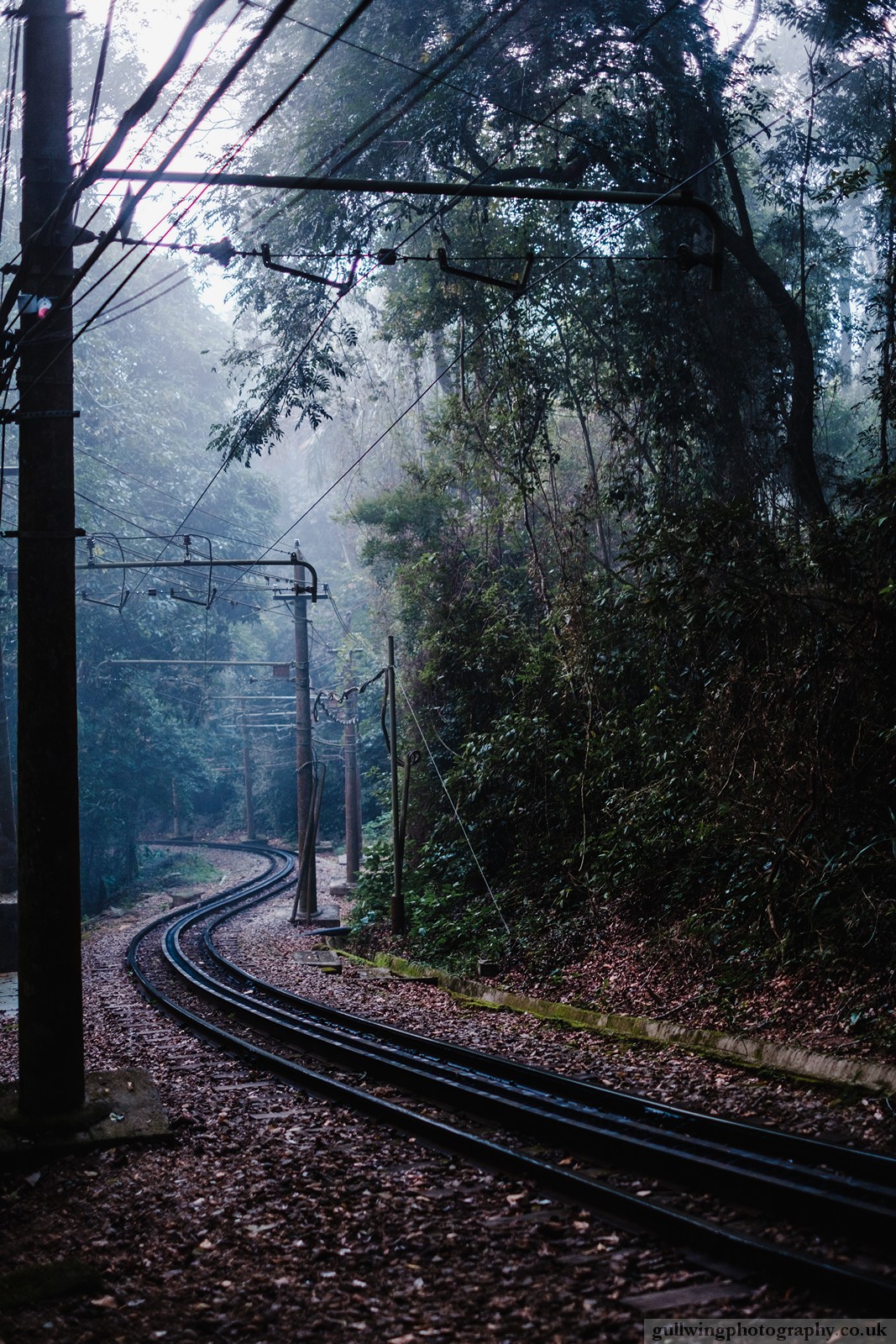 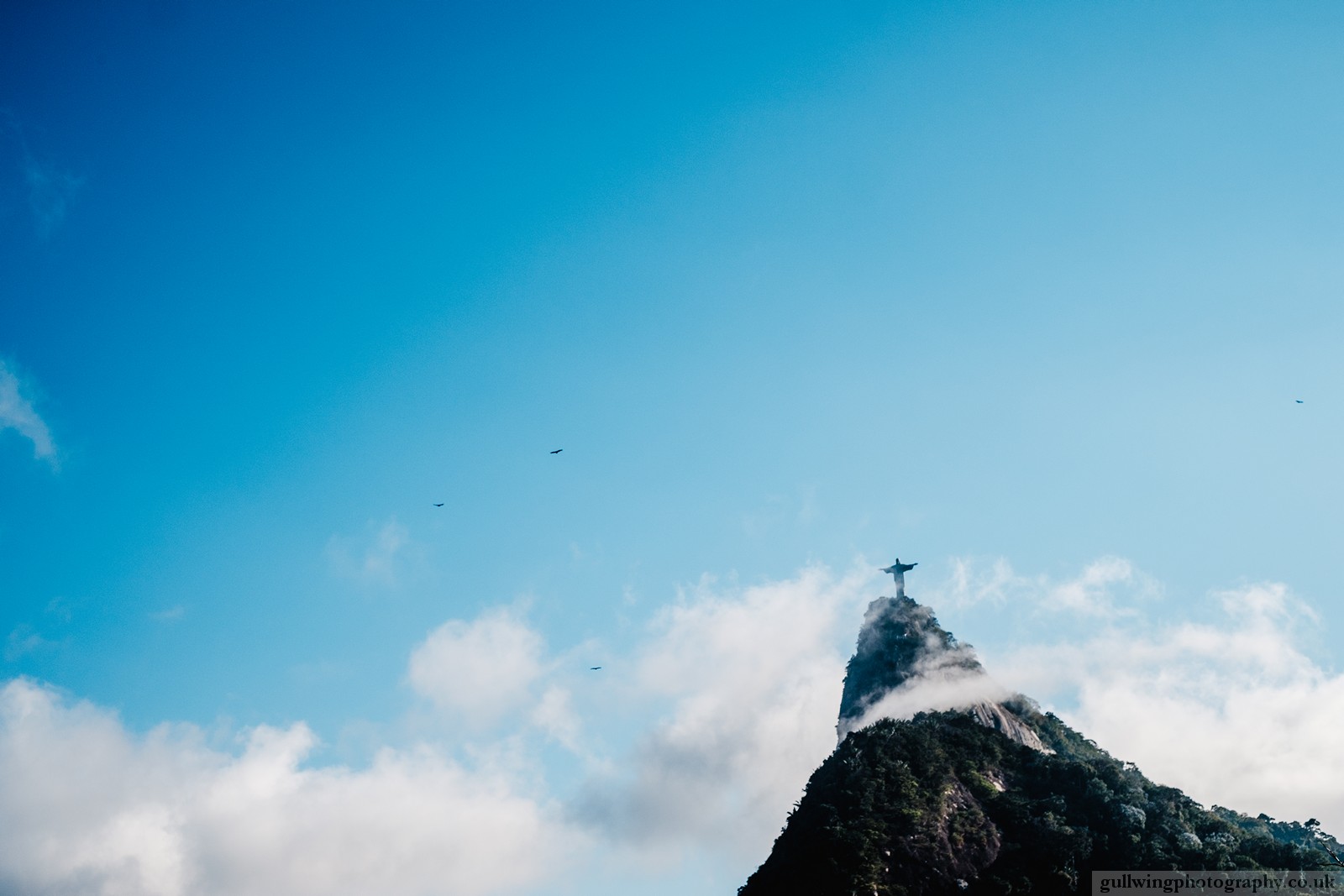 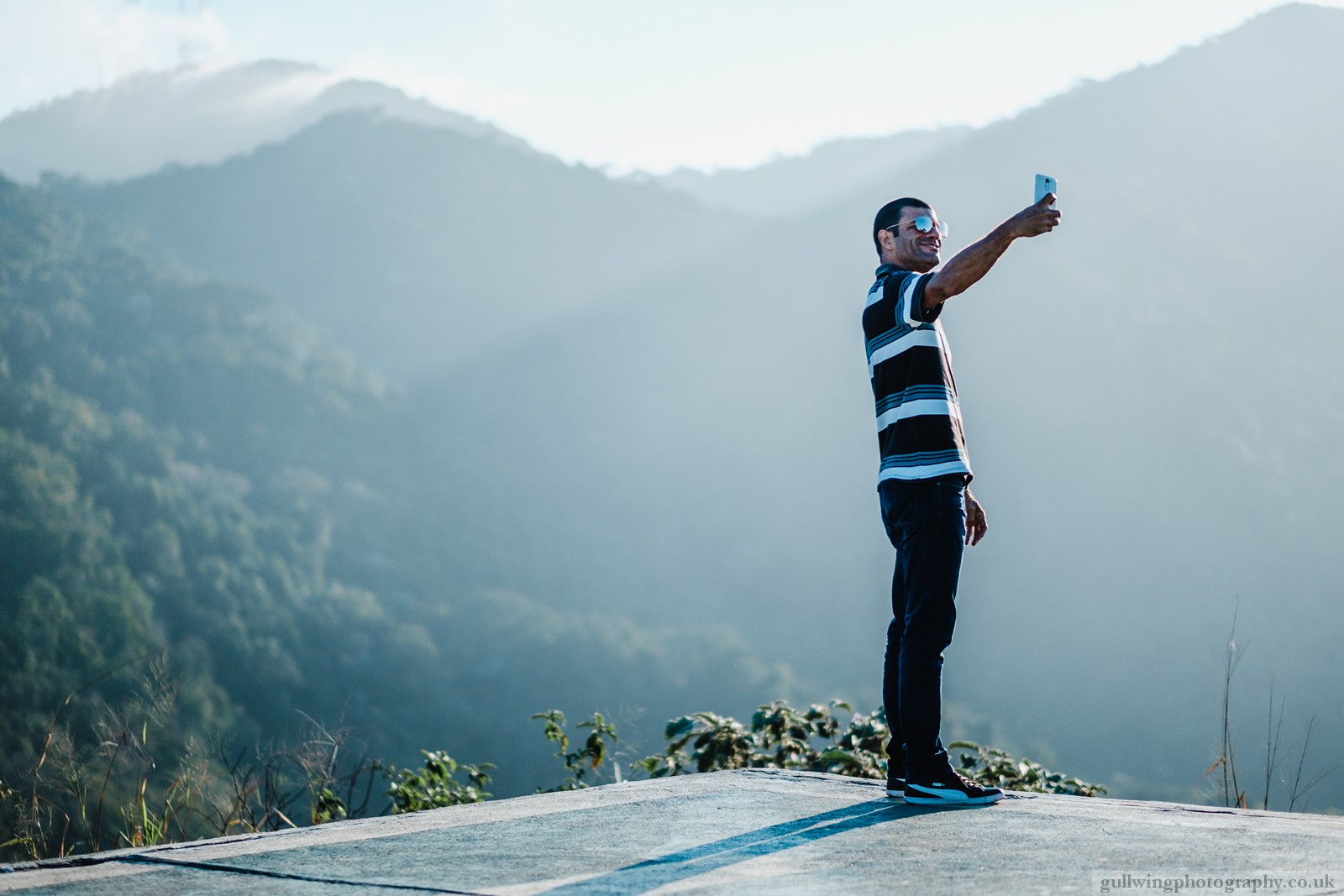 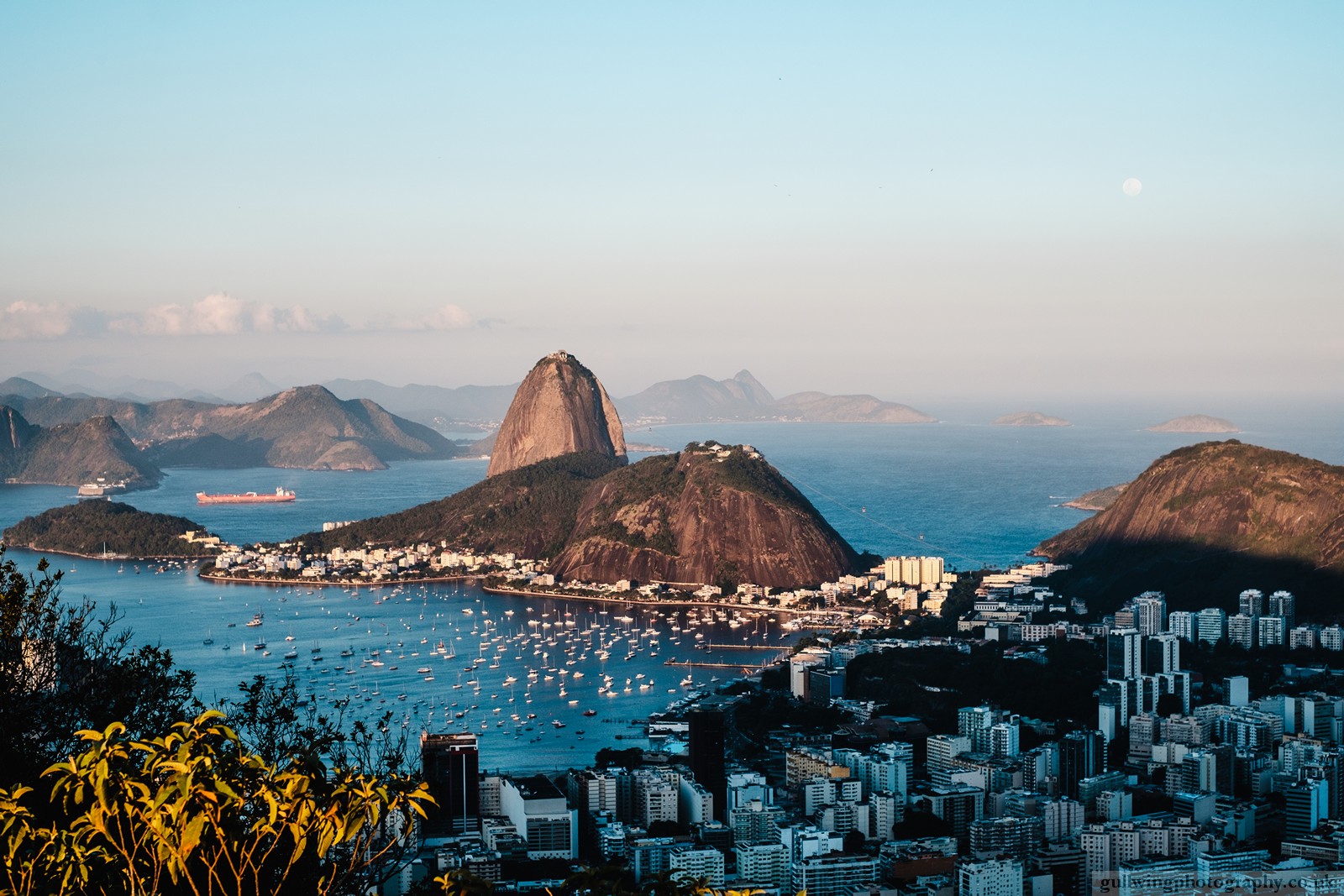 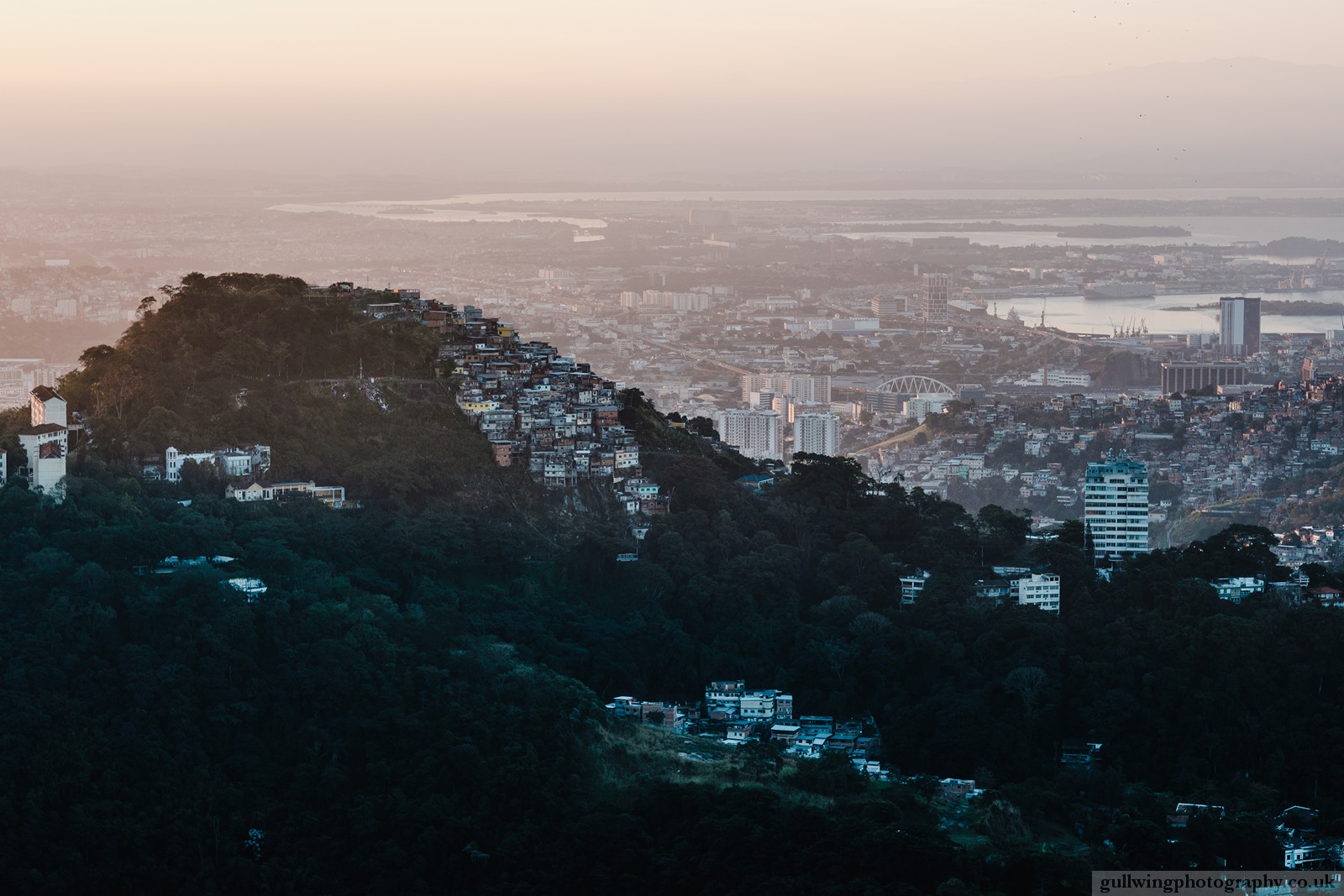 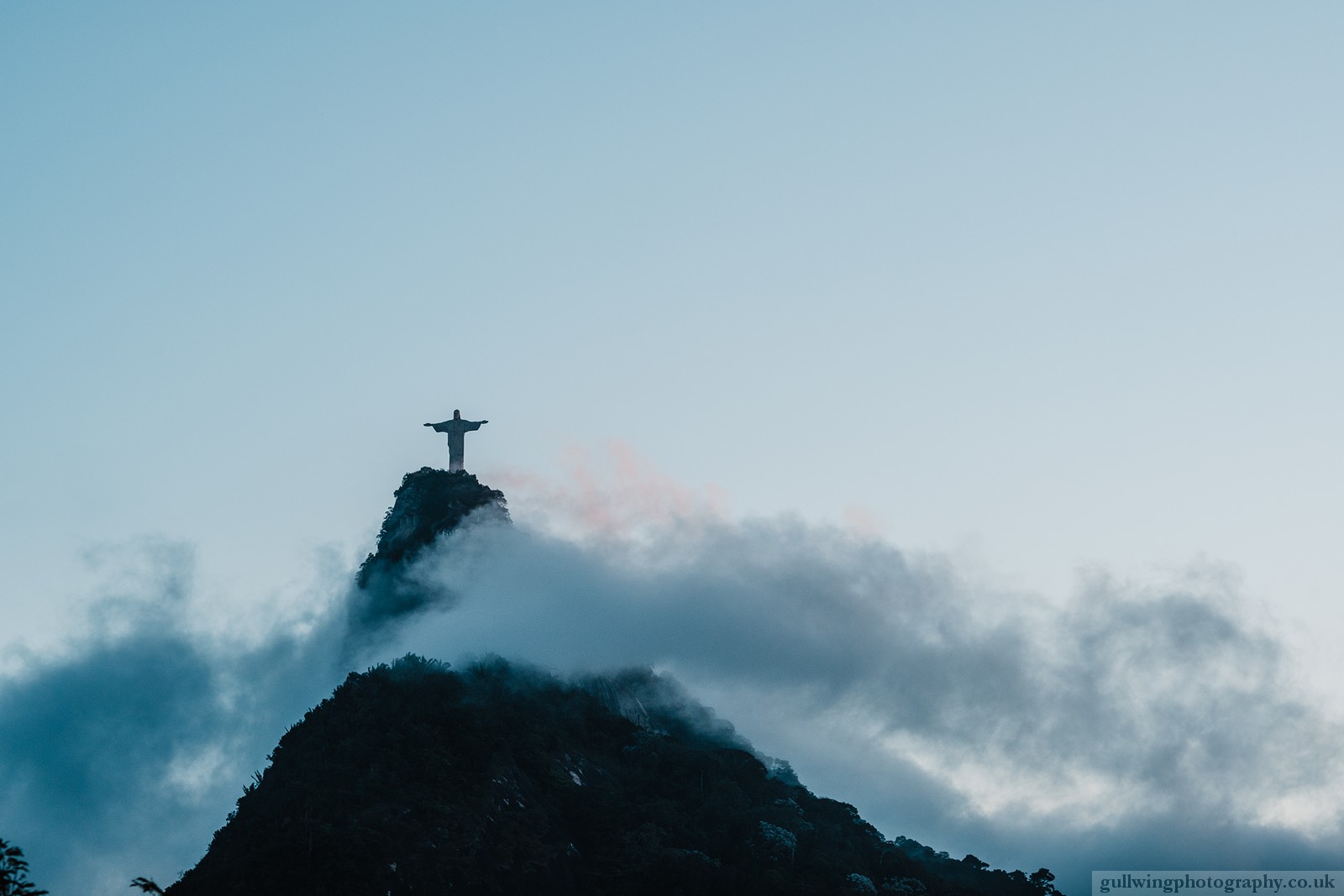 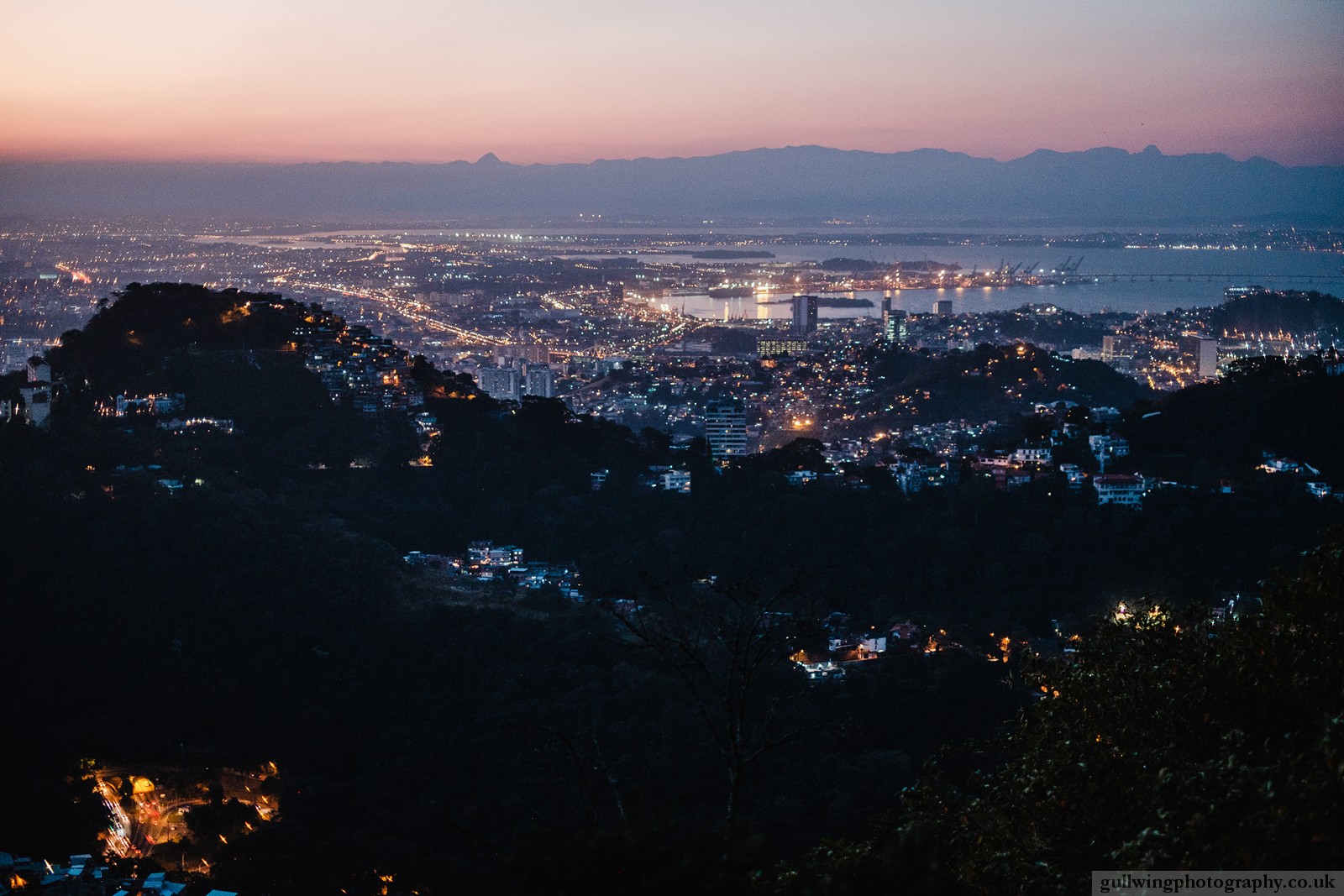 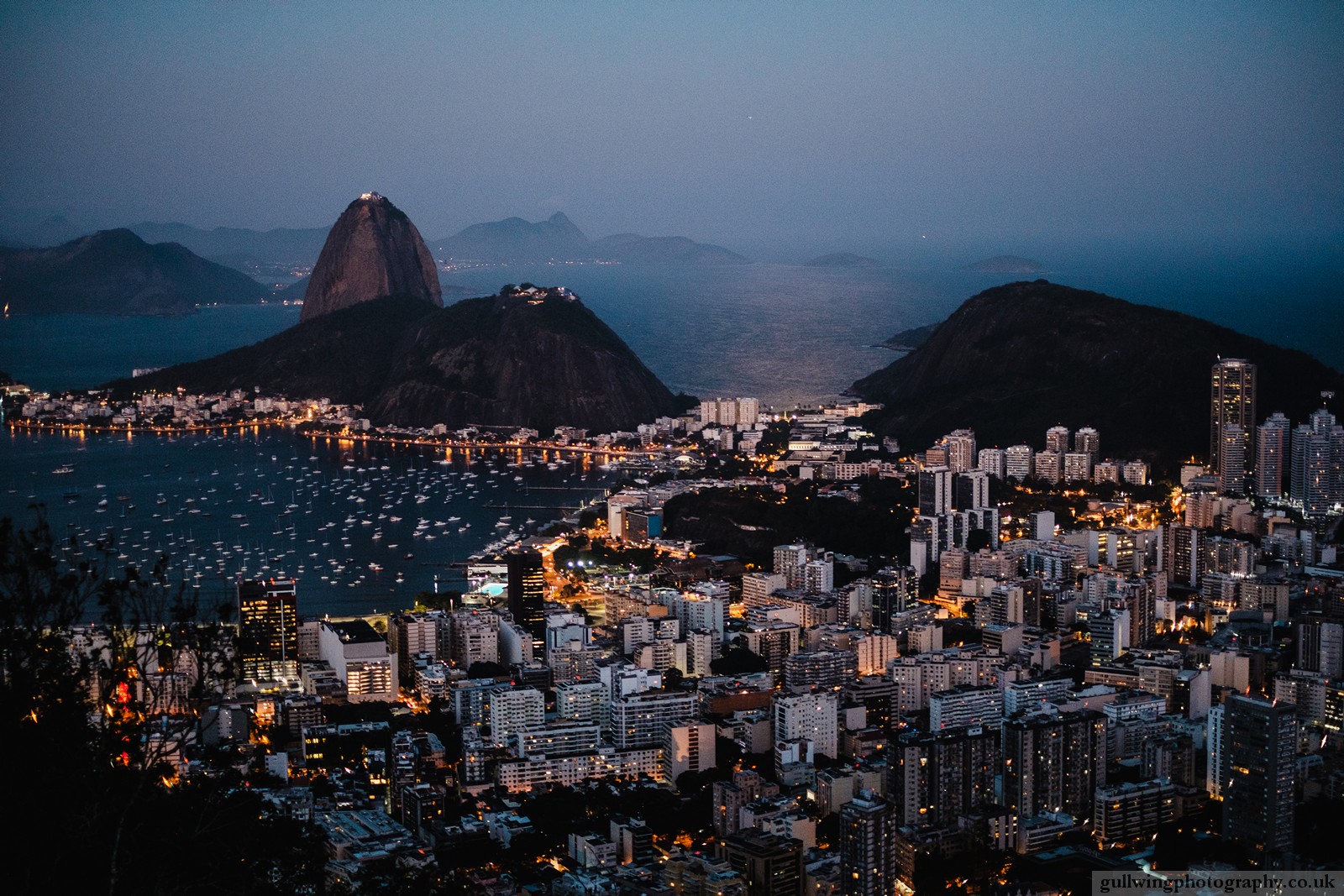 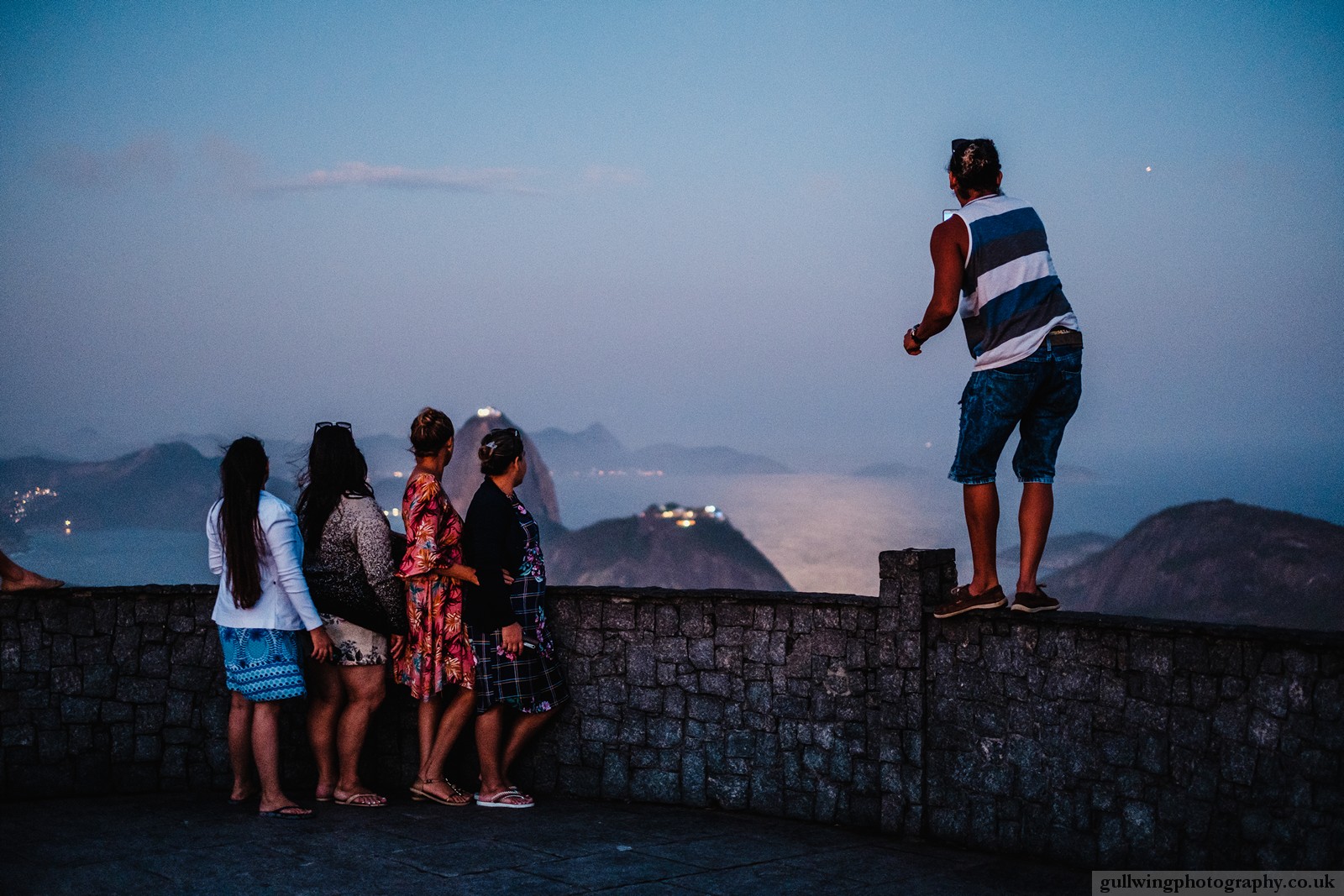 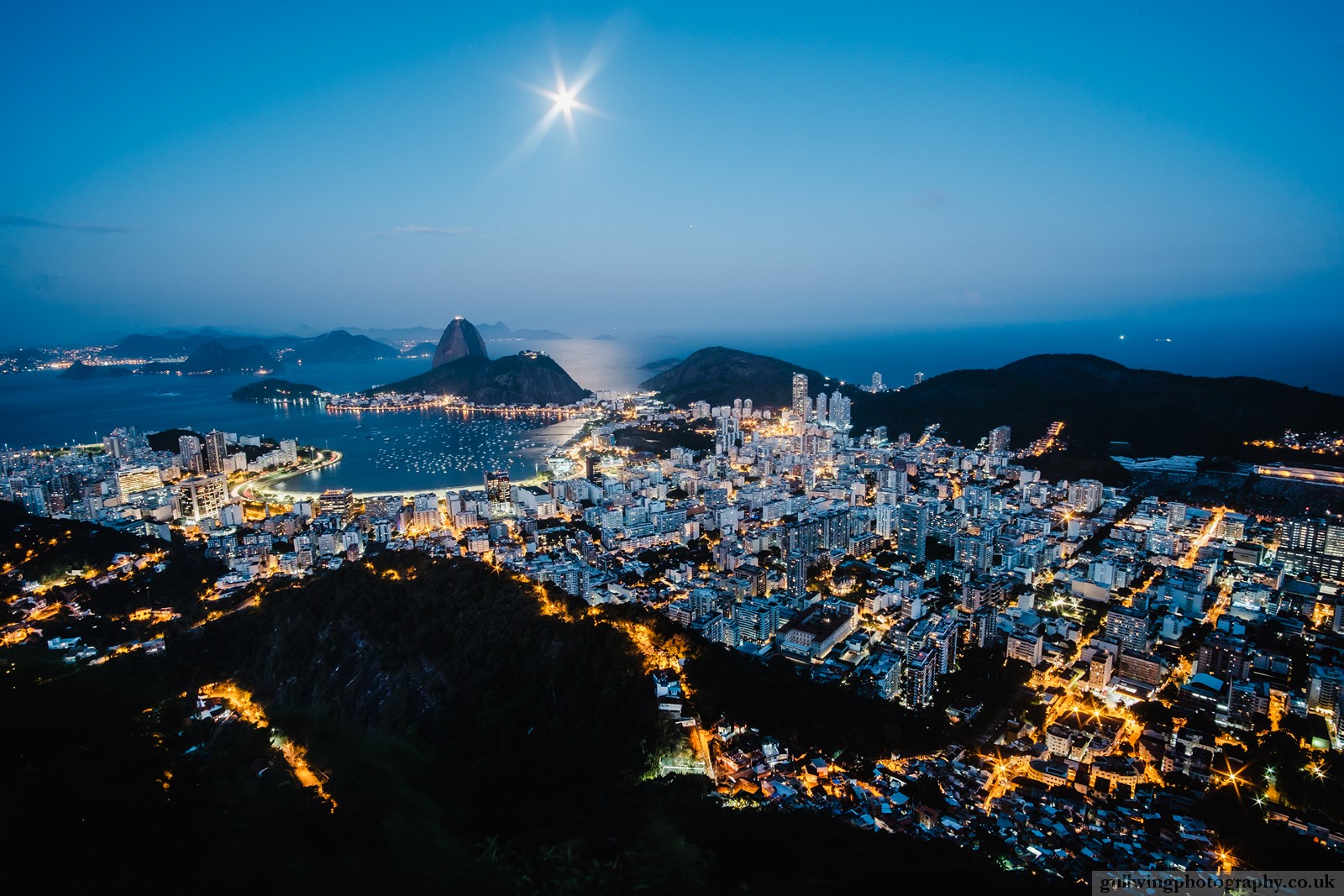 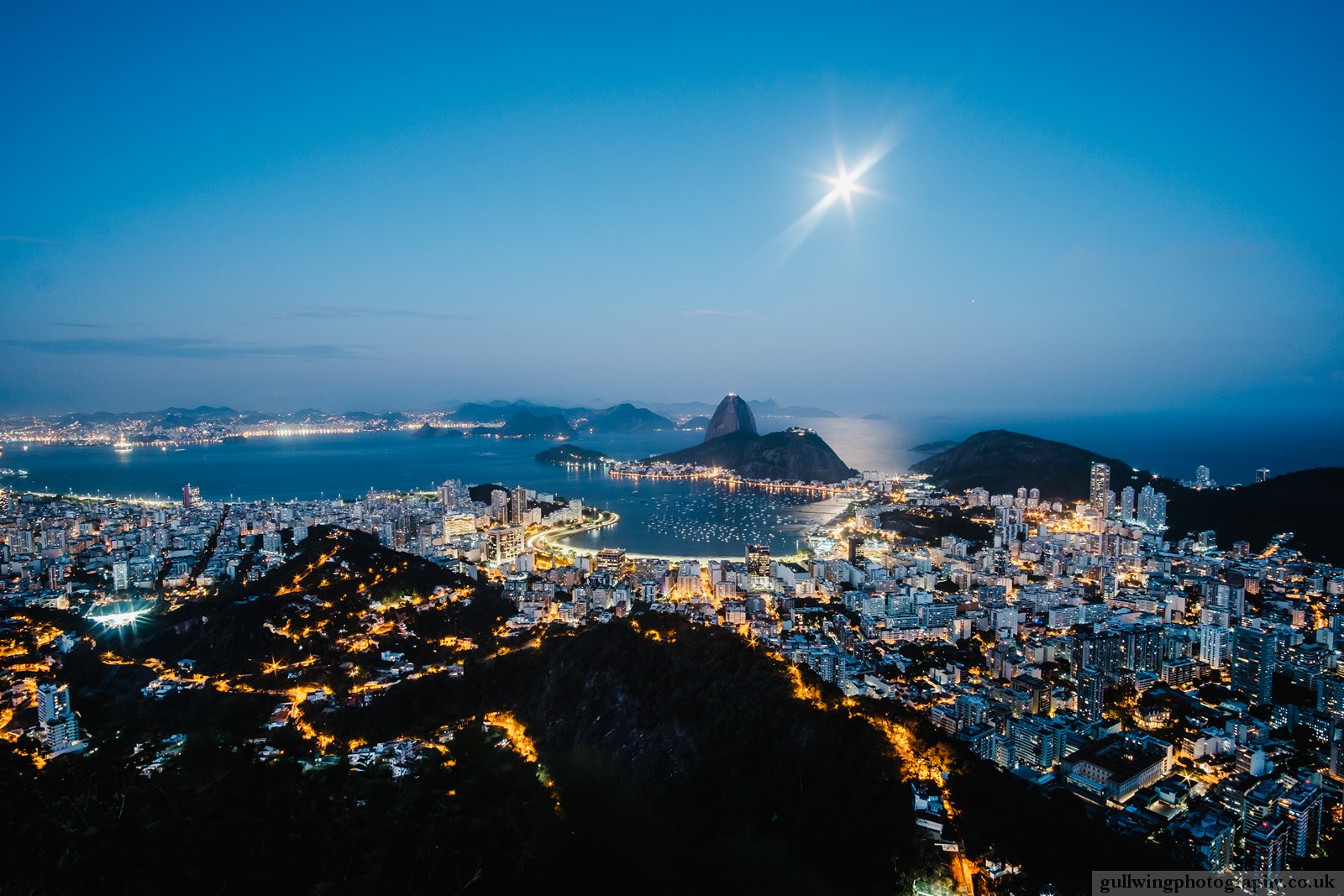 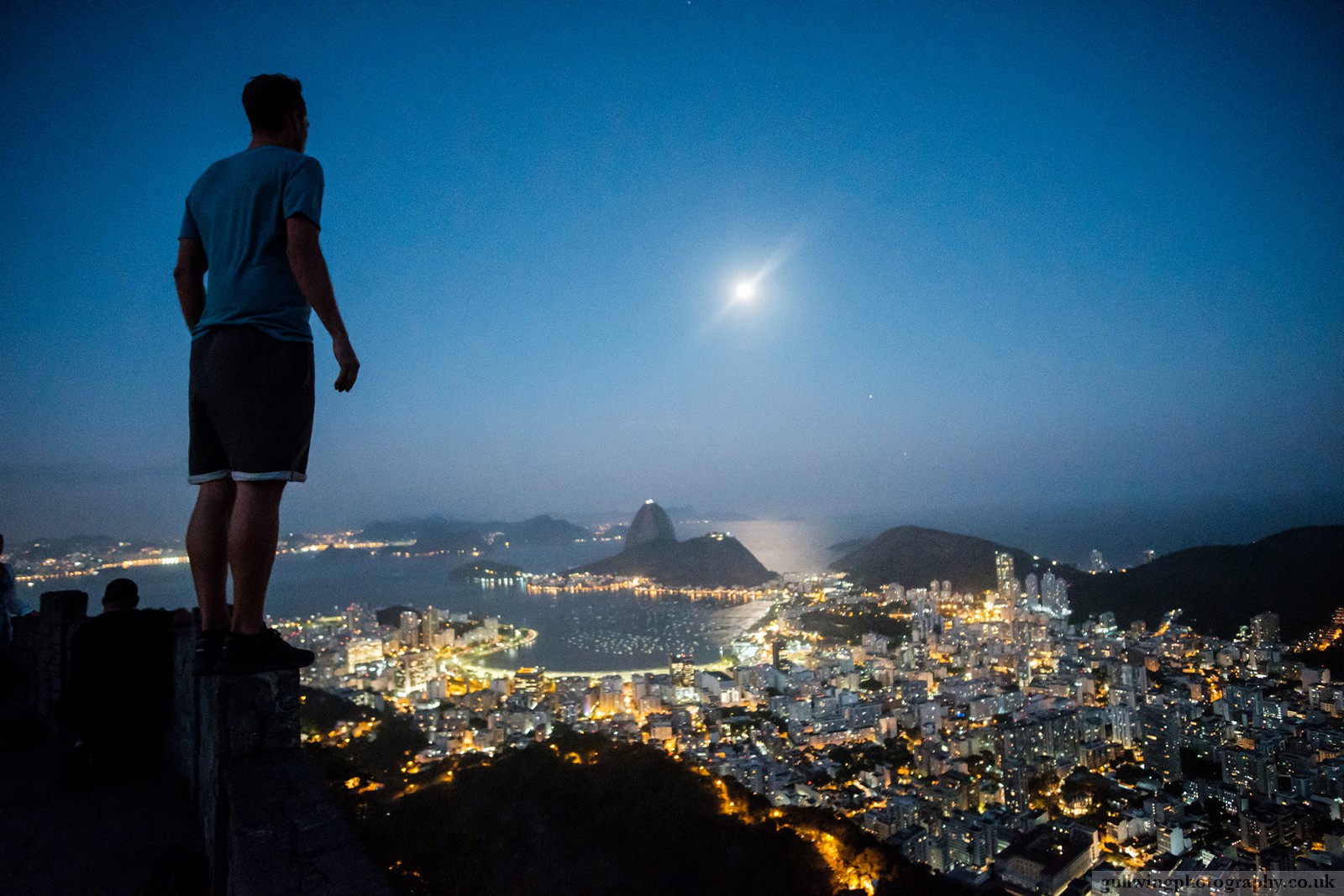