Robin Hood's Bay at night. End point (or start point) of the coast to coast walk.

I lost the best photograph I took here due to me not properly securing my camera to the tripod. You live and learn, right? Even so, it was quite a magical evening up on the cliffs. Below freezing, and dark until ever so slowly the moon's light appeared over the sea like the glow from a city's lights. Then, the red orb edged above the horizon, and higher and higher, getting brighter and whiter as it went.

Another interesting thing I saw up on the cliffs were two badgers. I heard rustling behind me, and turned and shone my torch in the direction, not really thinking that somebody might be out walking a dog at that time of night. It wasn't: a badger ran off into the distance, but its companion kept sauntering towards me, and came almost close enough to touch (I was downwind) until it realised I was a human being and it too ran away. 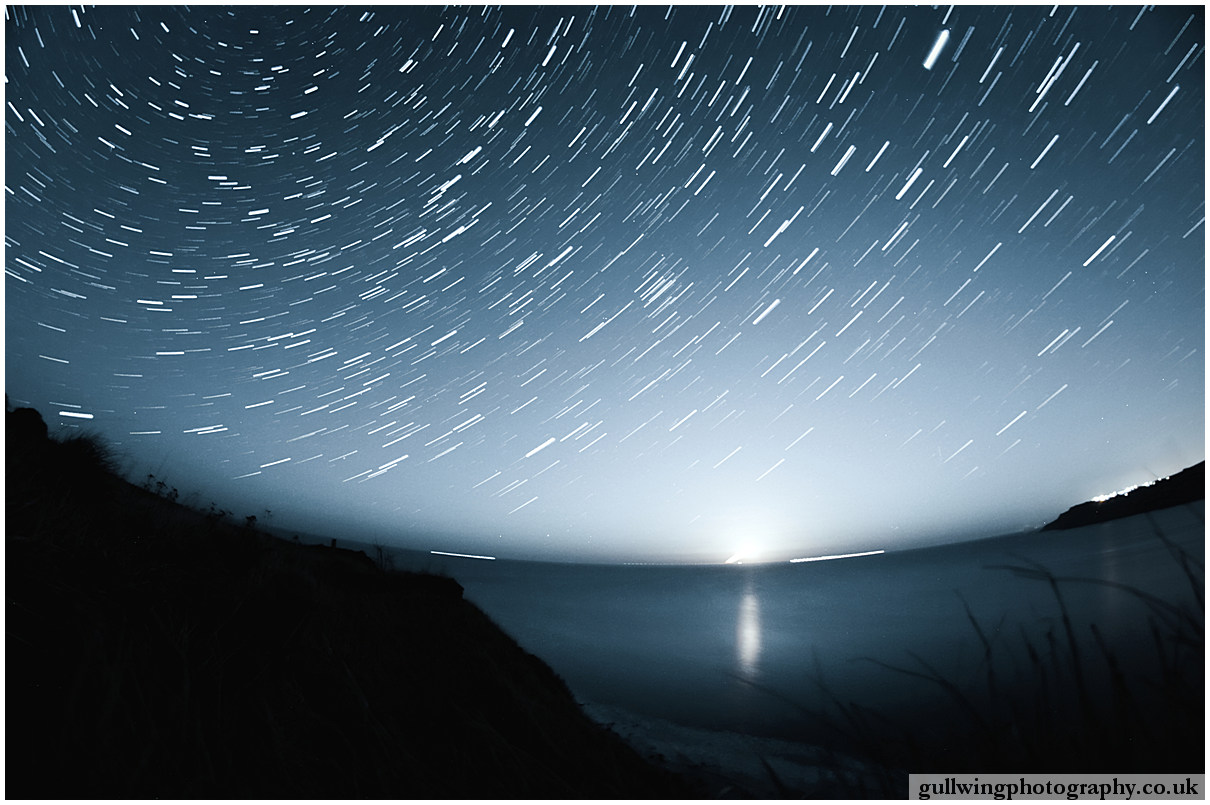