Marvin Elliott is a sculptor based in Corrie. Mostly working in wood, his workshop is tiny but from the thick coating of dust and wood shavings, certainly well used. The front room has a few pieces on display (mostly ones ready to go to the customers who commissioned them), but is also covered everywhere with his beautiful drawings of ideas.

Outside the workshop currently sits a massive lump of black, cracked wood. A trunk from a 5000 year old bog oak (which has been carbon dated). Marvin has been carving that into a commemorative piece for a friend who died. He was good enough to let me collect a few scraps of it, which it felt rather special to be given: pieces of wood 5000 years old.

In front of his workshop is a small harbour. Most conspicuous in this small harbour is the Viking longboat: another of Marvin's creations, used by the Viking force of Arran, who he says are mostly women. 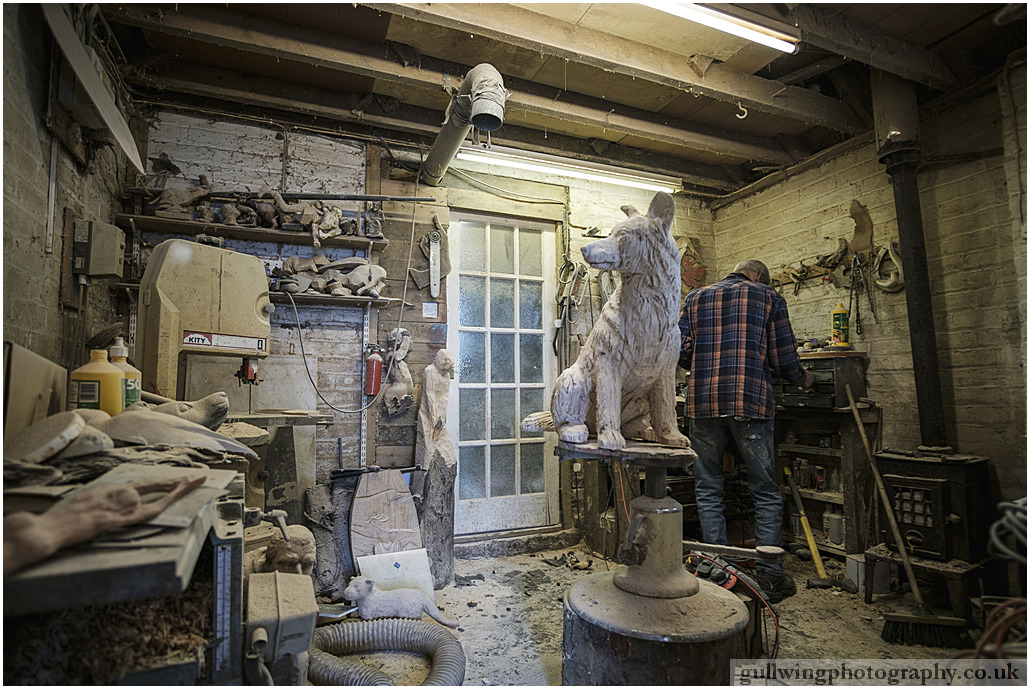 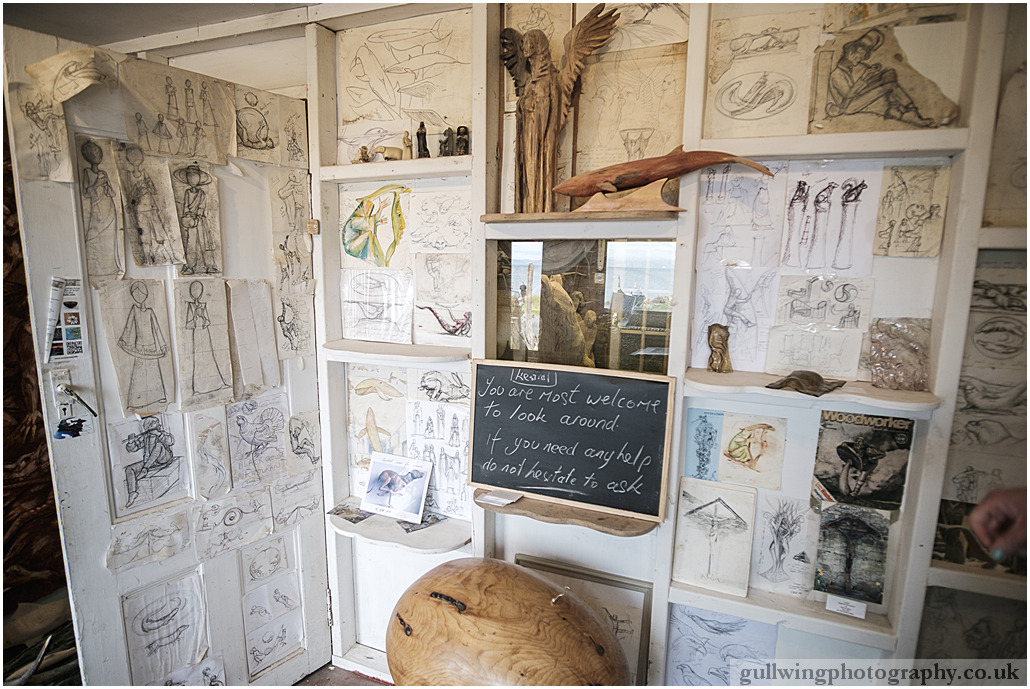 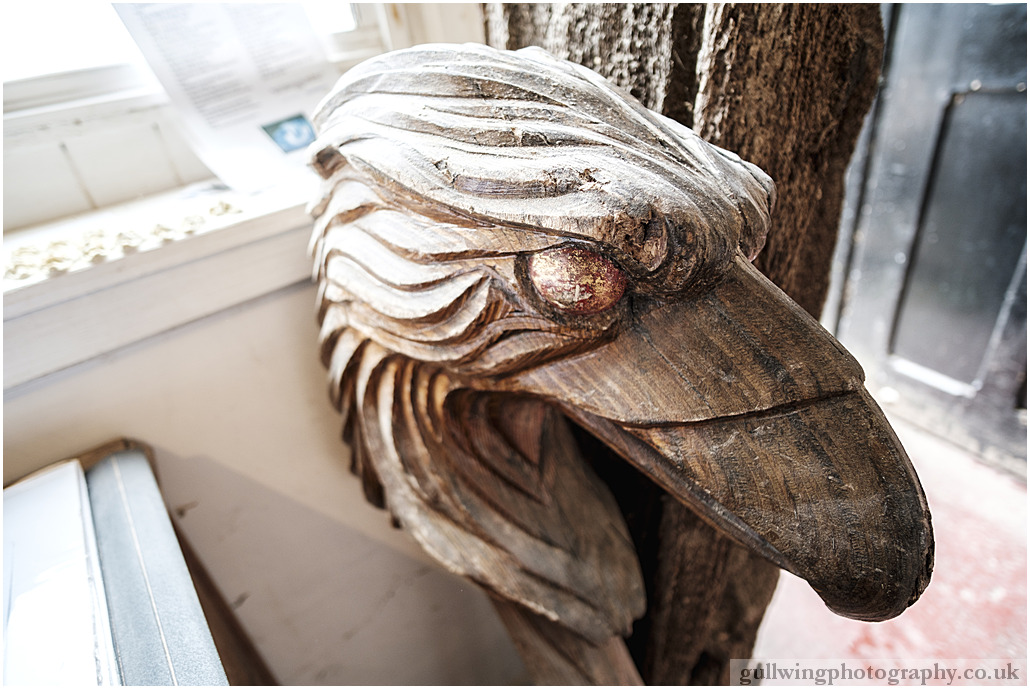 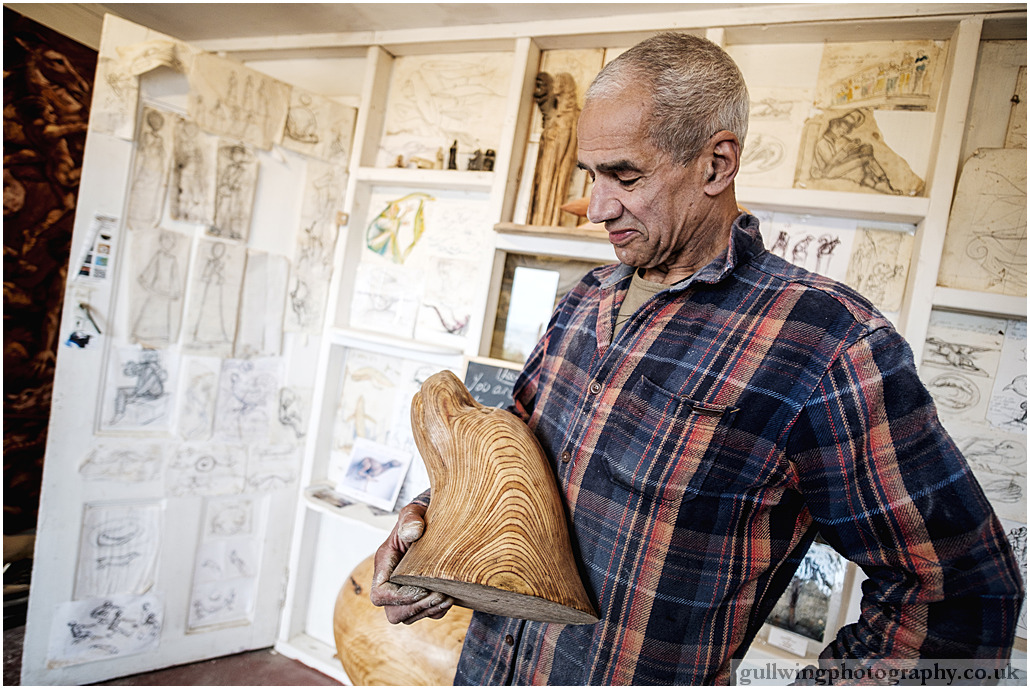 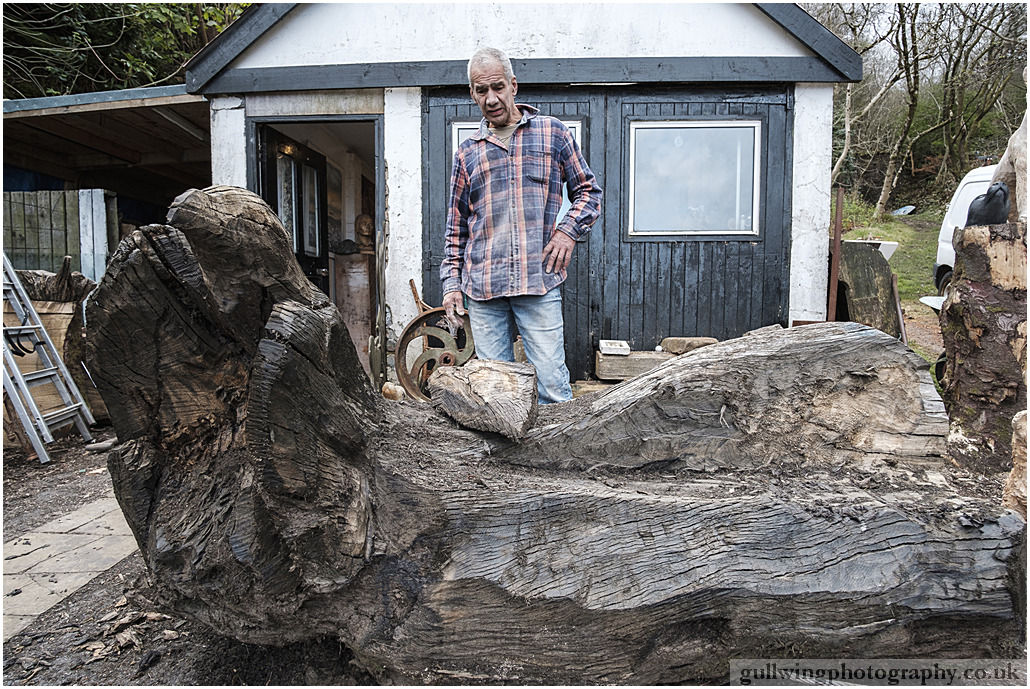 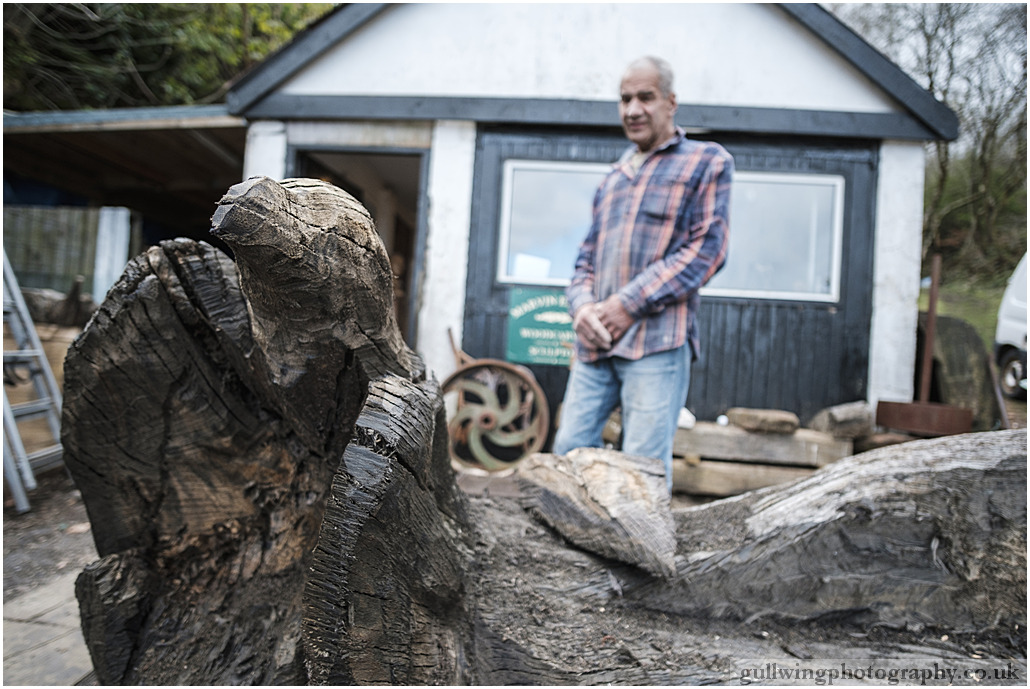 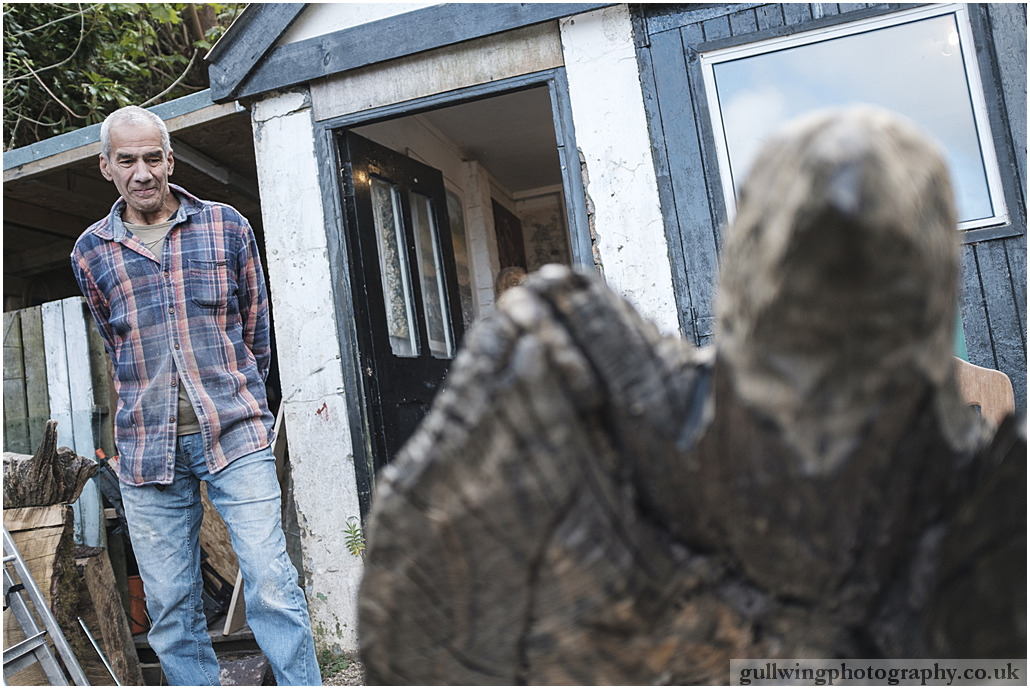 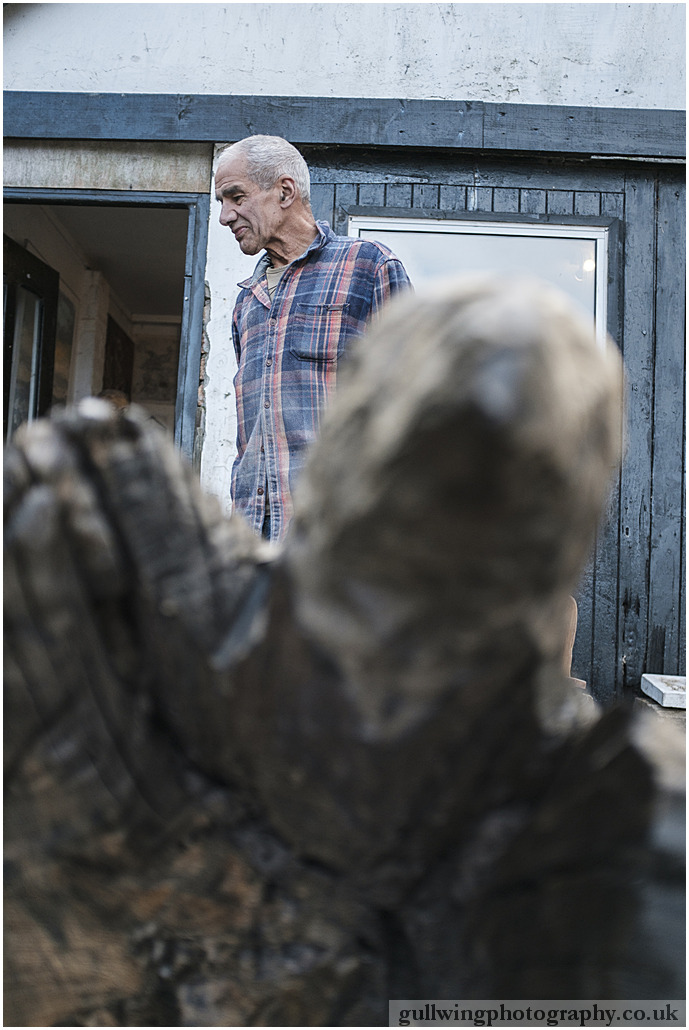 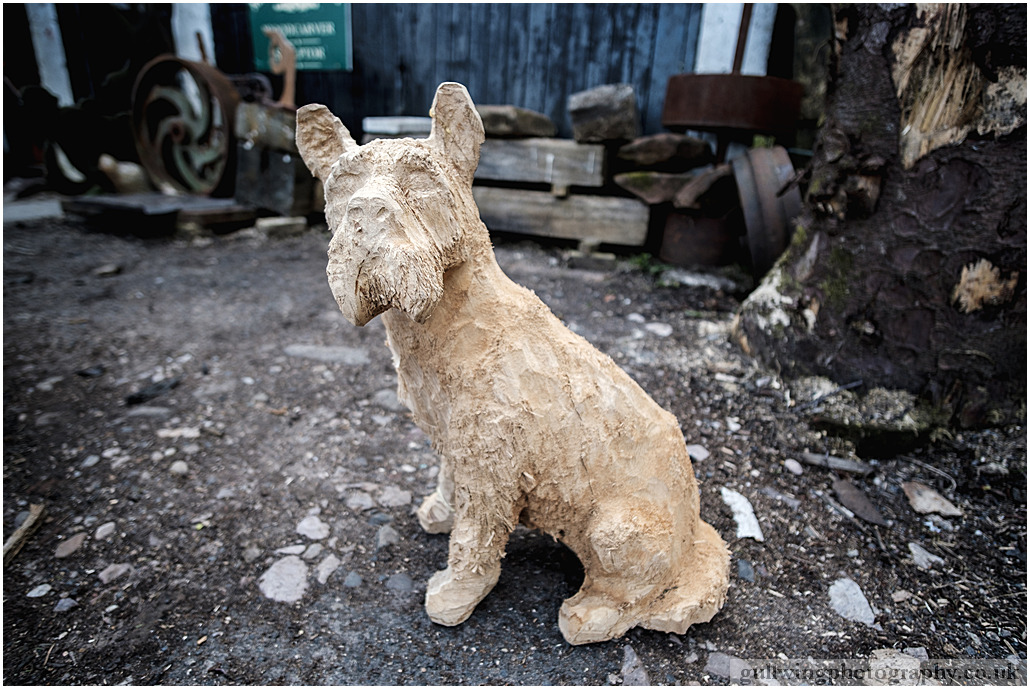 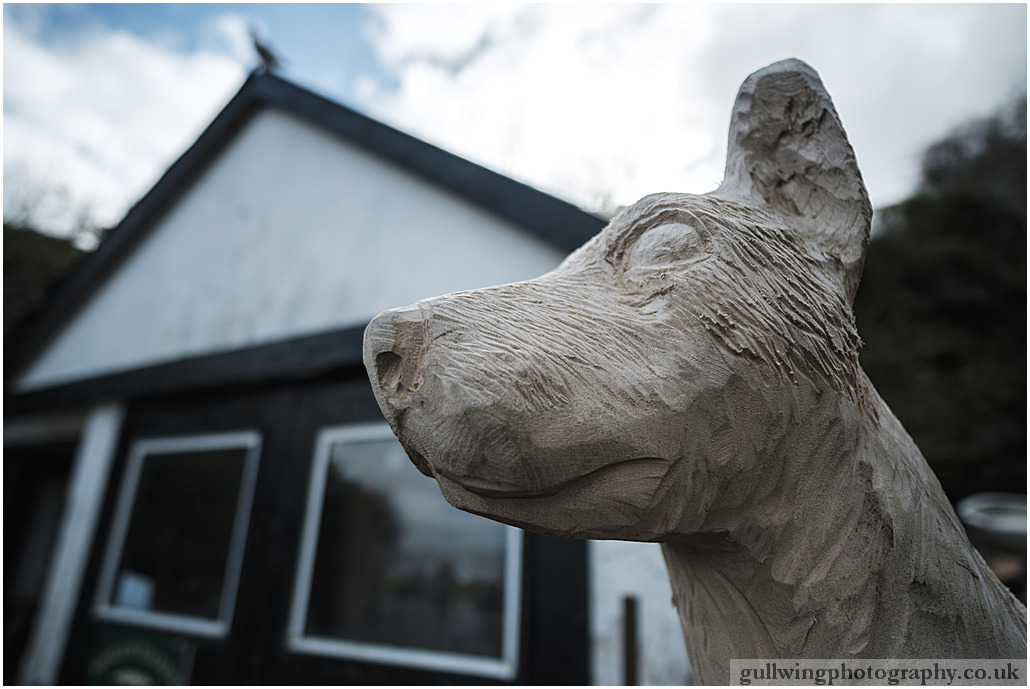 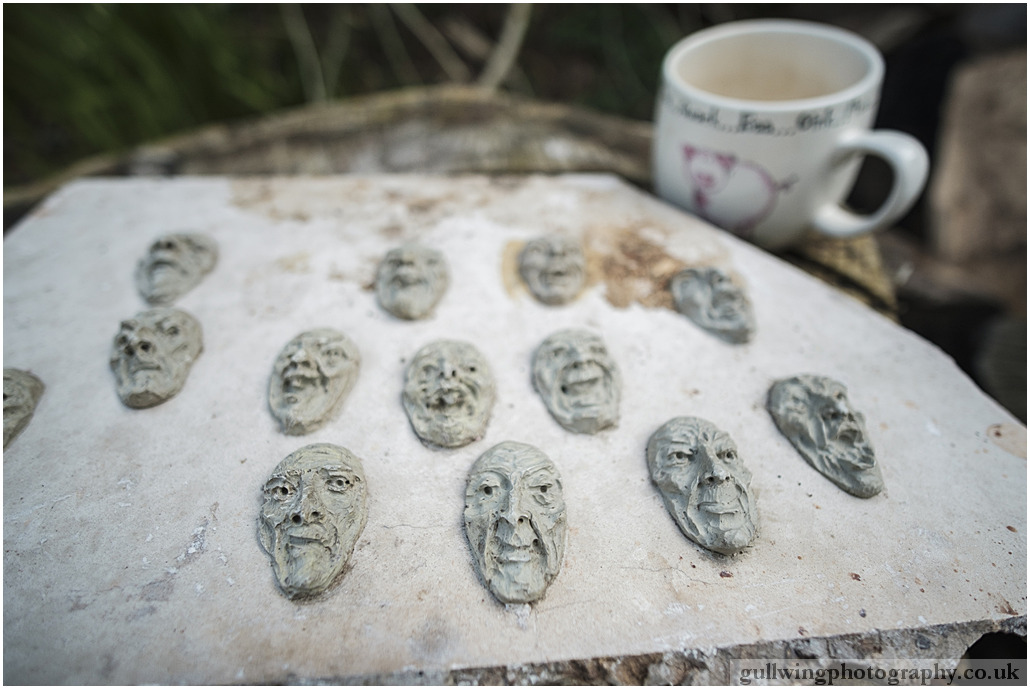 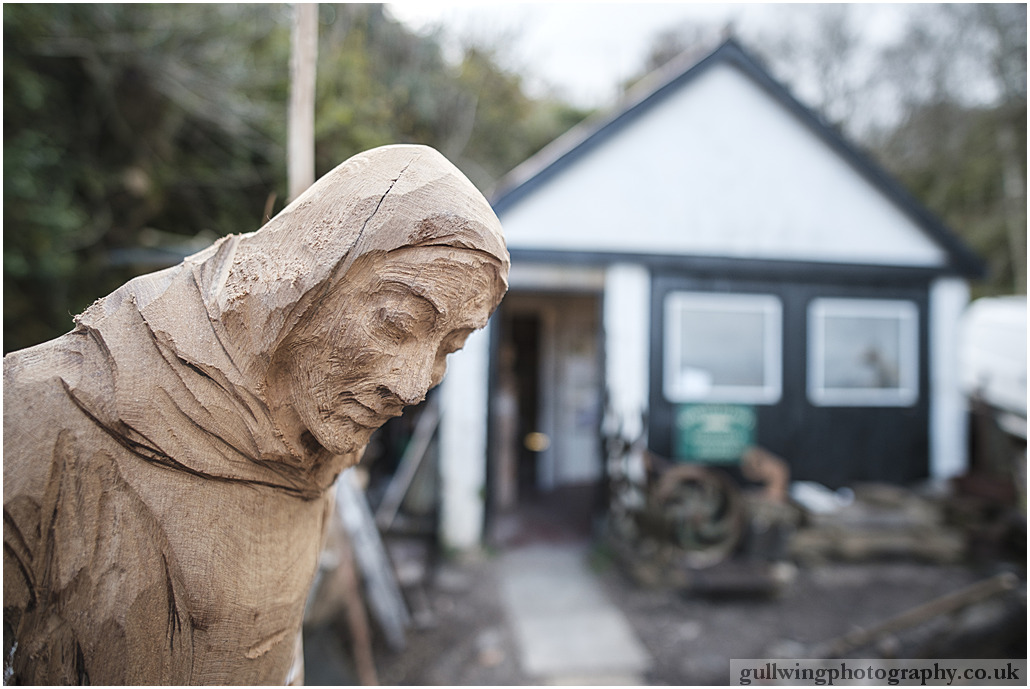