Katie Willkomm, 77, lived at Fountain Farm above Booze in Arkengarthdale for over 50 years. She was the caretaker at Arkengarthdale primary school (closing later this year), and worked on Sundays at the CB Inn, doing a bit of ironing. She and her son Josef left the farm just over a year ago.

Katie speaks Romanian, German, Russian, and English with a beautiful Yorkshire accent, and comes from a farming family.

Katie arrived in England at the age of 14, having spent five years in one of Stalin’s forced labour camps:

"Stalin created a heck of a lot of pain for a heck of a lot of people. It was not unusual in our camps for people to be taken away to be interrogated, and then disappeared, never to be seen again. That’s painful business for the families to live with, and for the other prisoners, knowing that could have happened to them at any time. That changes your personality. It changes everything about you. The fear that they created in us – that’s never gone away. You can’t put away the fear that grows inside you.

All the people who were in the camps are in touch with each other. My second cousin rang up recently and told me about an area near my home village in Romania which is populated mostly by people who had been together in the camps in Russia, doing slave labour. They all tend to congregate with each other, because they say, “they understand me”. That I think is so important – that people should understand.

I tried learning how to use a computer. I went on a course in Catterick – they showed me how to Google. So I Googled “Romania”. Maybe that was a mistake. I Googled a few places where I had been, where I had been working as a prisoner. To see that laid out in front of me – it was not nice.

I came to England when I was 14, badly bruised by life. I was living with my parents, down country, and I struggled with the English language, to pick it up to any kind of decent level, but I needed to do some work, somewhere, to earn my living. So my parents decided a farm would be the correct thing, because you don’t have to speak to animals. They don’t understand any language: as long as you feed them and clean them out, they’re happy. I would have liked to work with children, but my English was not good enough at the time. So, a farm it was.

My parents rented Fountain Farm, this farm. It had been empty for three years. 1700 something it was built, as a miner’s smallholding, twenty some acres. And then when the mining finished they amalgamated two or three lots and it became 57 acres. When we came to look at it, the landlord brought us up in his Austin Gipsy. When we got to the house, the landlord said, “nay, I have no key”. So he went to the guttering, pulled the spike out of the wall, the guttering fell down and broke, and the spike opened the door. As we came in through the front door, birds were flying out, through the roof. It was open to the elements. But, being foreigners, trying to make a living, trying to make a go of this, my parents took it, dilapidated as it was.

We restored the cow byre up to milking standard. We put a new dairy up. It cost a lot of money, but we did it, and we did it on overdraft. Our landlord put our rent up, and my father’s wartime injuries began to show themselves: he had been tortured by the Gestapo, and he was not in good health, so more and more of the farm work fell to me. I was young and daft and I did it. I brought the land back to life, and I brought the farm up to quite a respectable standard. By the late ‘60s we had a respectable herd of milking cows, but we had some bad winters.

There were hardships, but one of the things that upset most is that because my English was still quite broken, some people said, “oh, she’s a Russian spy”. That hurt, with my family having lost everything they had in the war.

My son Josef was born in 1966. He had viral encephalitis when he was thirty, and nearly died. I had never even heard of it before. It took a long time for him to rehabilitate. It was a heck of a battle, but he was determined to give the farm another go.

Things have been hard. We have cows here now. We milk a couple of cows, and we have a few more cattle. And sheep. About thirty to fifty sheep, depending on what wants to survive. They don’t all survive up here unfortunately, on this high land.

The Dales has changed a lot in the last thirty years. What was once a living is not a living anymore, and if you don’t possess the skills for the modern world then you get left behind. Being unskilled is not a good thing to be. You can’t hold onto the past. People are trying to, but I don’t think it’s possible. I don’t know what’s going to happen to traditional hill farms. The land is poor, the spring comes late, the winter comes early. I am sorry that people are seeing their way of life disappearing in almost the same way as I had to see my ancestors’ way of life destroyed by the Communists. Ours was totally taken over by the Communists. Here it is a gradual process, as the world overtakes them."

Katie has written a book about her time in the camps: Wrong Time, Wrong Place. If you would like a copy, get in touch and I will put you in touch with Katie. 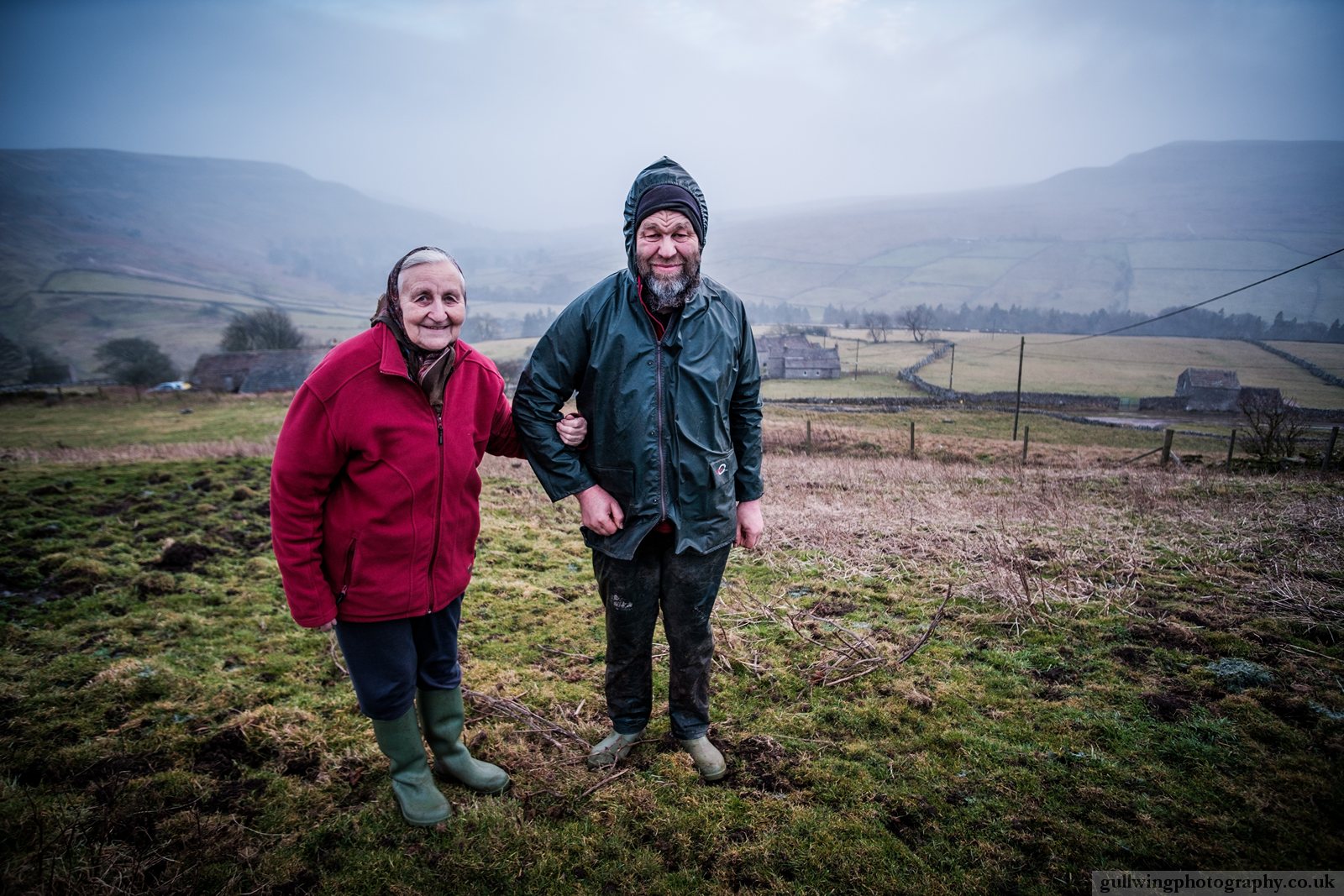 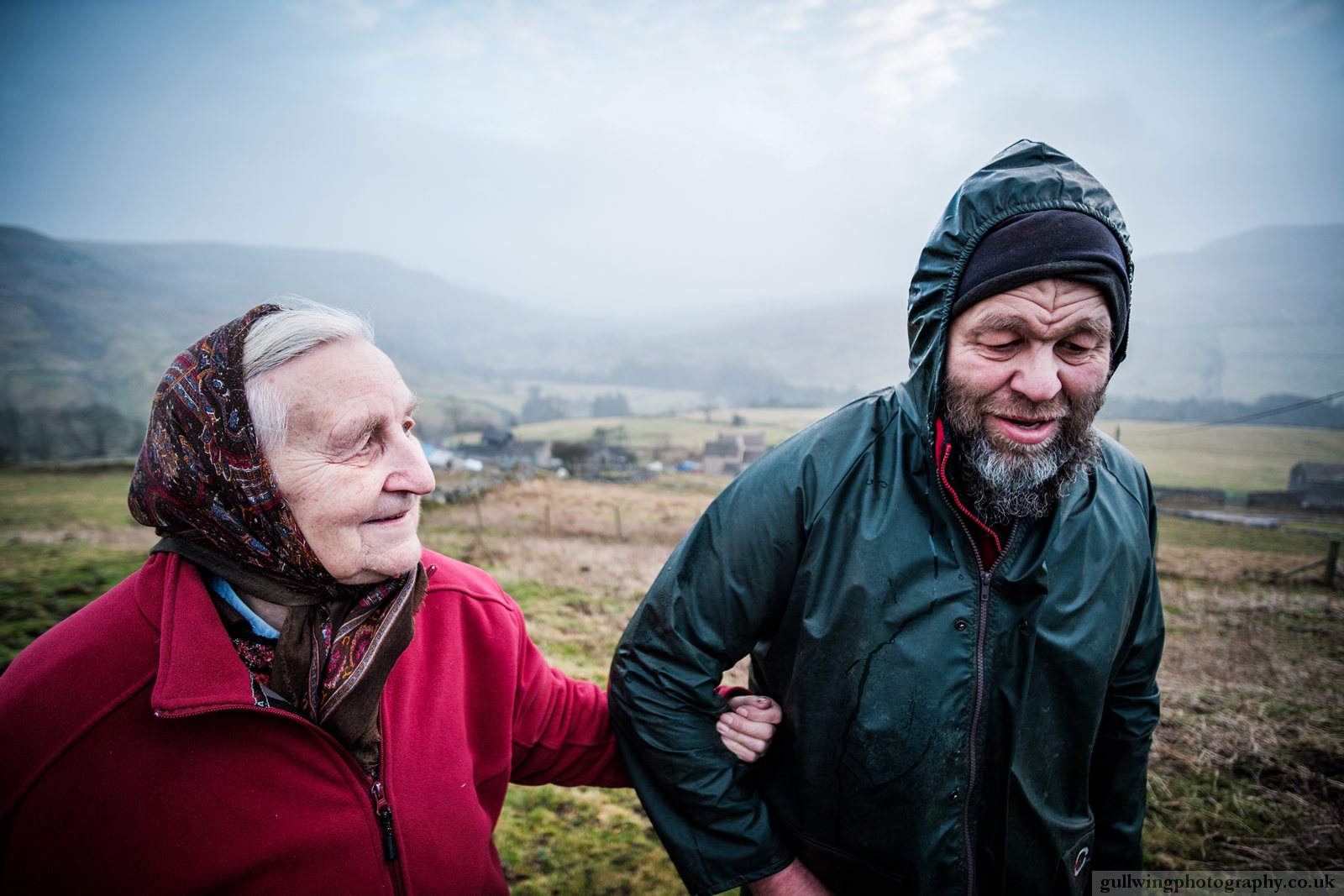 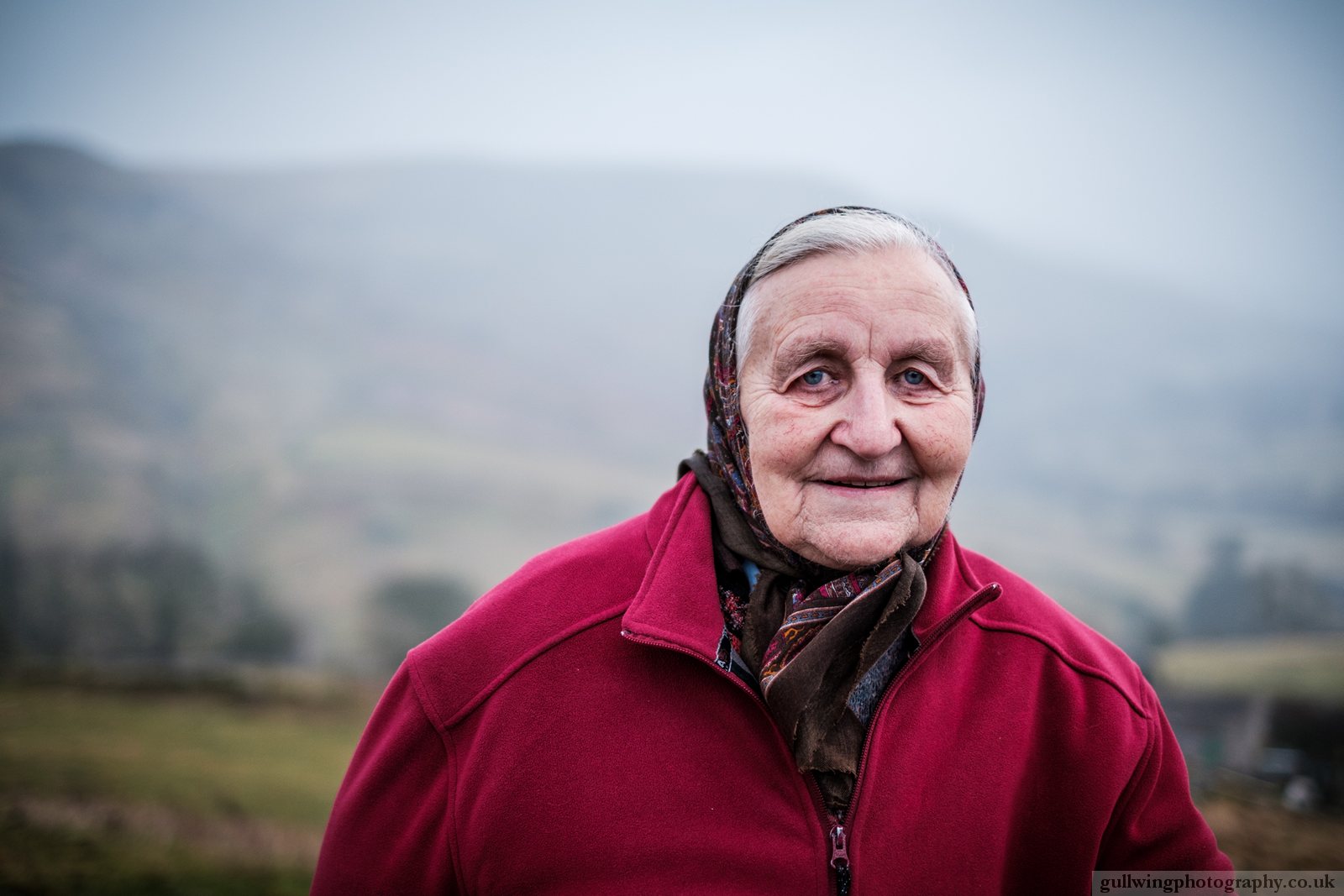 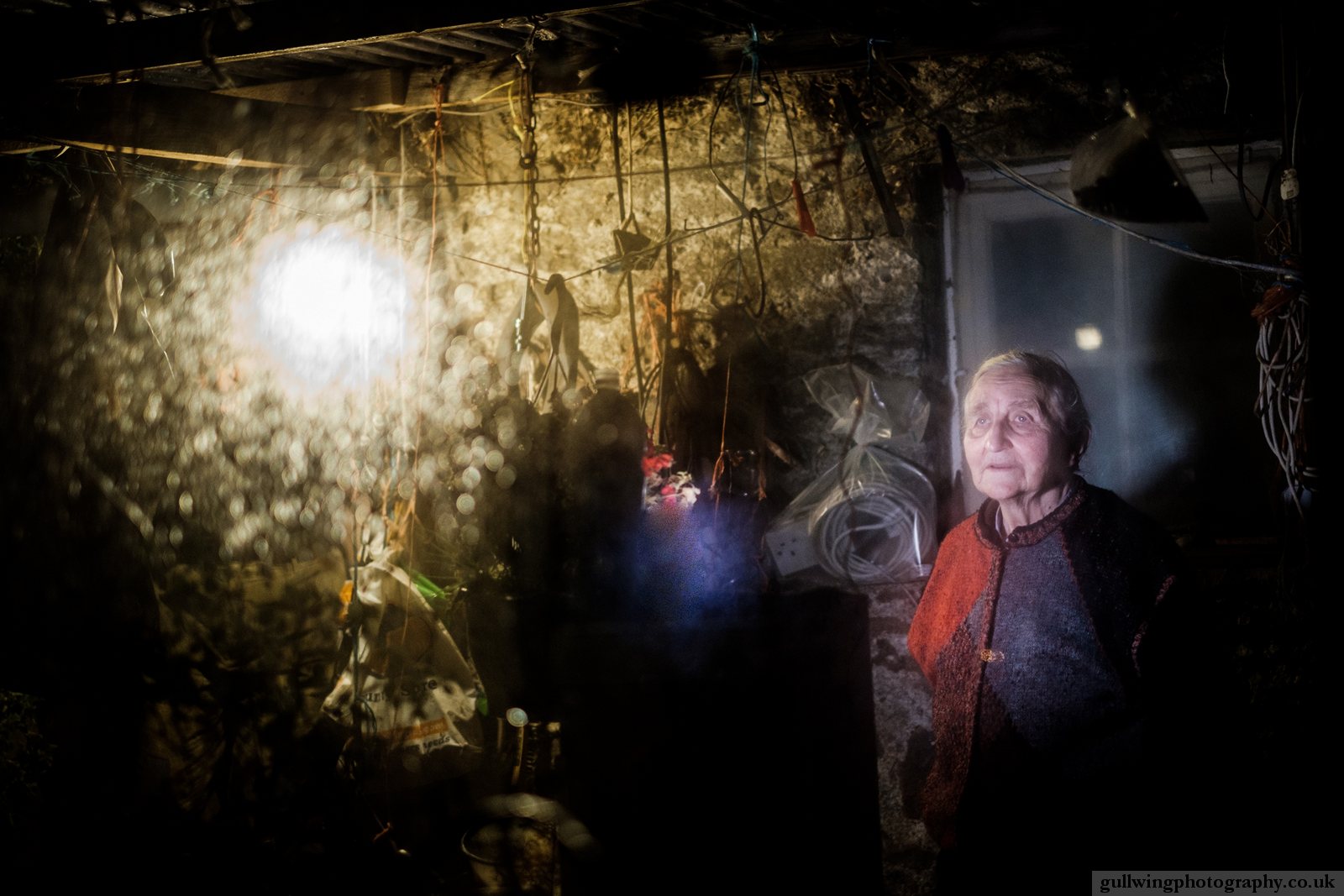 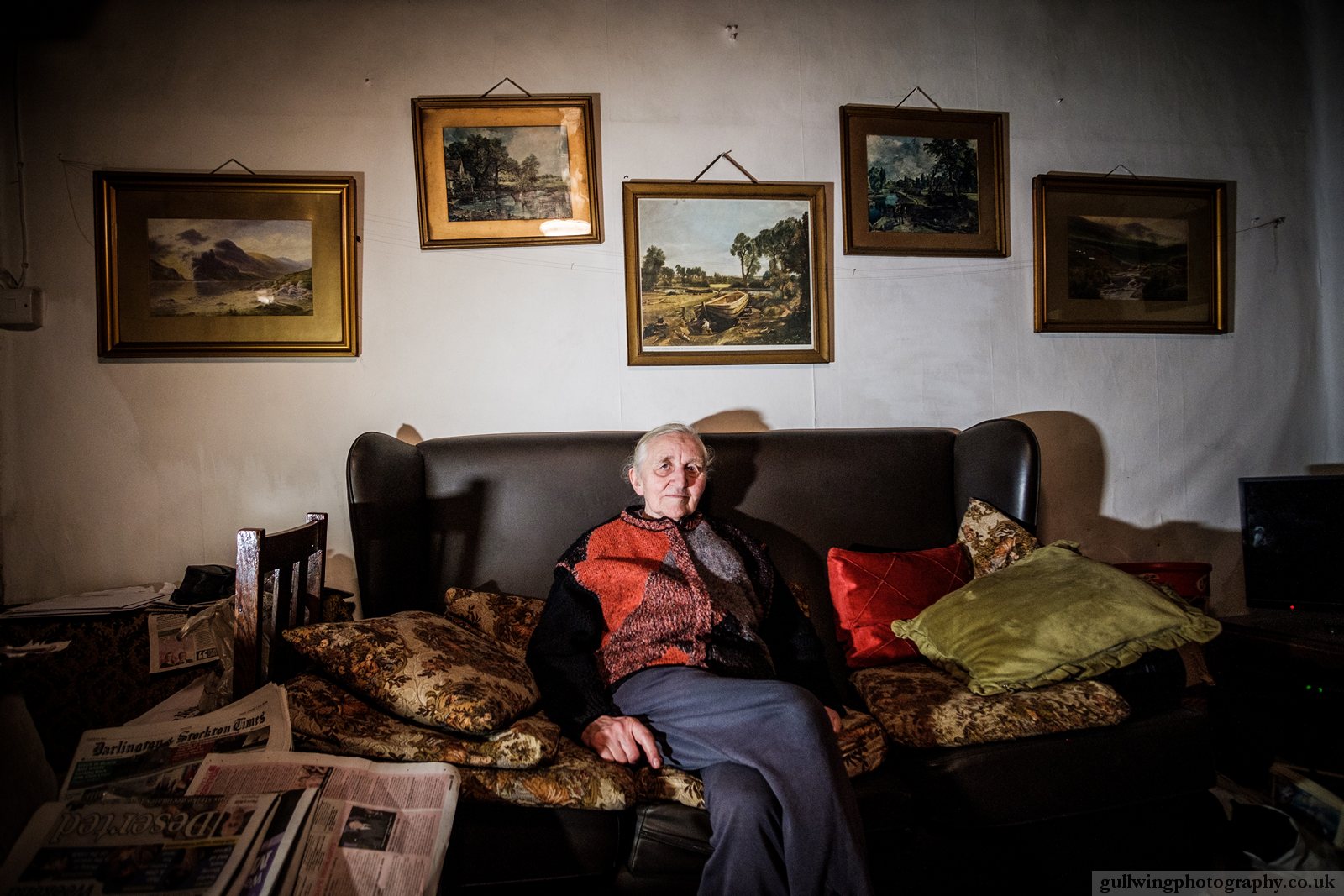 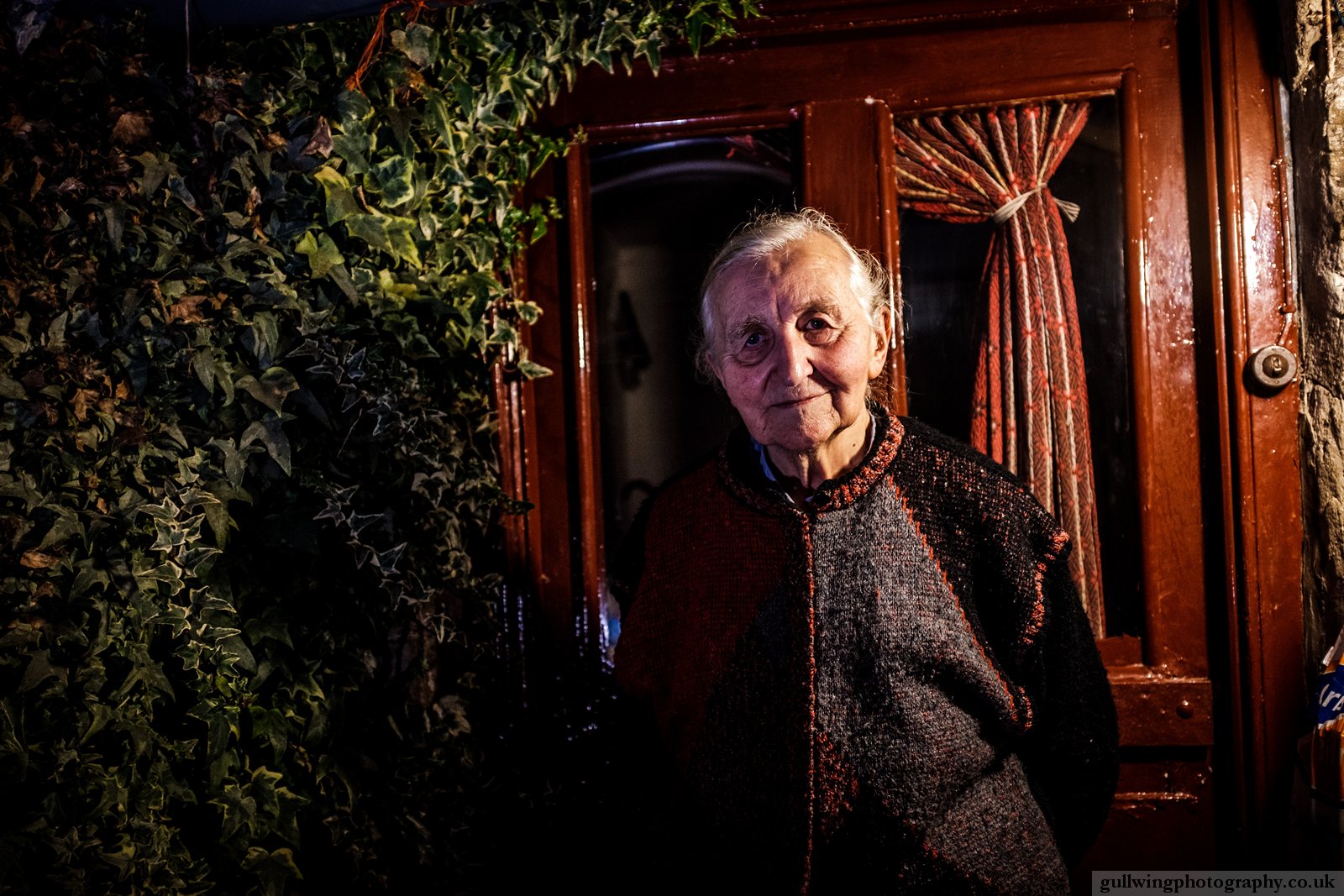 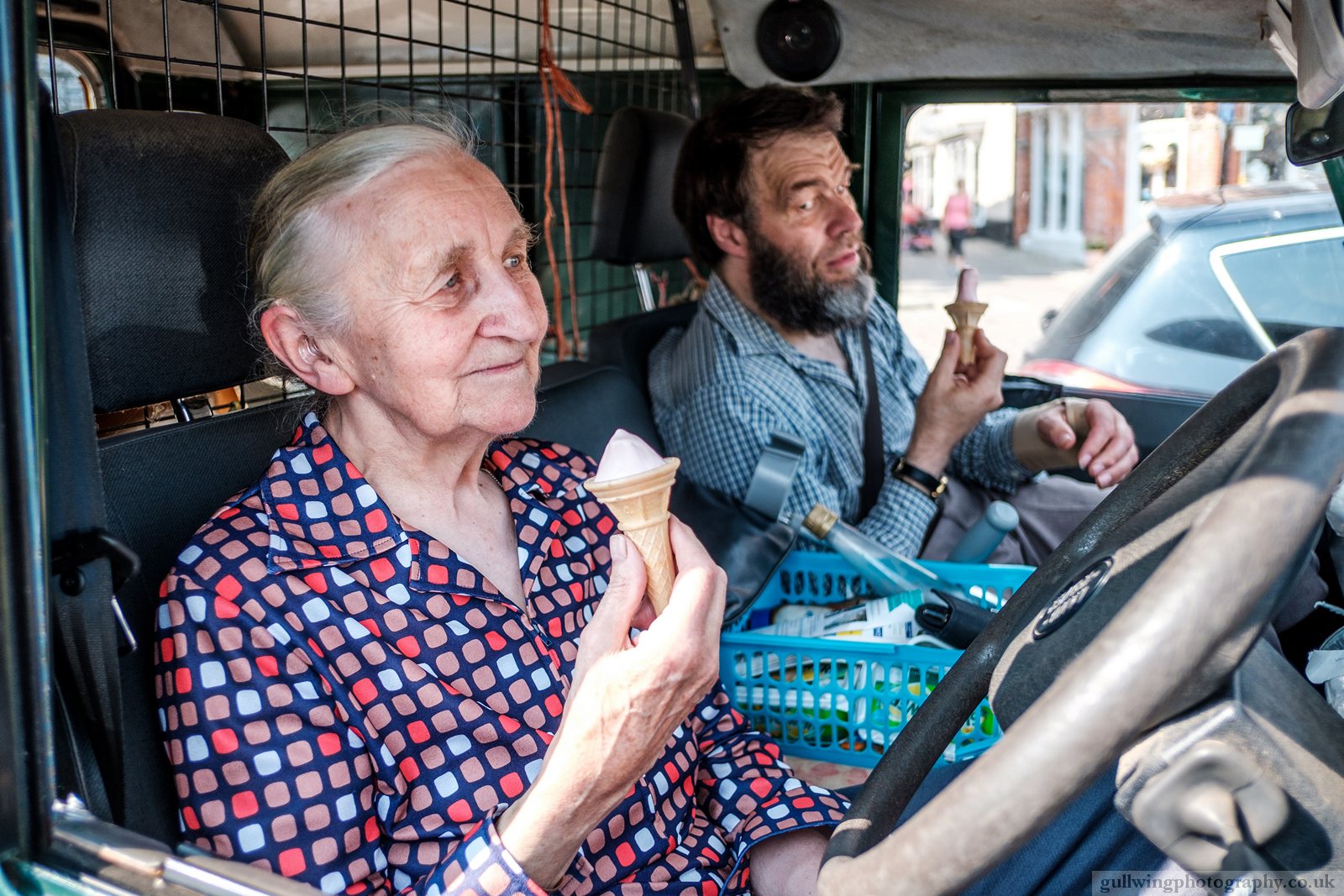