Dr Zelensky: Or, how I learned to stop thinking and love the moral outrage.

I don’t use social media any longer. It’s fantastic. I do recommend it. No longer being witness to the staggering ignorance, gullibility and moral hypocrisy of most people makes my days just that little bit more bearable.

My girlfriend still uses it, sort of. The other day she showed me a meme shared by an acquaintance of hers. Paraphrasing, it went as follows: “Thank god all my friends who were experts in virology are now also experts in eastern European politics.”

To me, the unspoken message behind such a thing is that most people are content to be told what to think. I am not an expert in virology or eastern European politics, but I have a functioning brain and the ability to read disparate sources of information and come to my own reasoned conclusions.

I have always been a bit of a sceptic and cynic, but the last two years have crystallised those traits, and it is fair to say that I am unlikely to trust anything said by a politician or the media ever again. Everybody has an agenda, and burrowing down through the layers of lies to find something like the truth is difficult to the point of impossible, even in (or perhaps because of) our brave new world of information coursing around the world.

The situation in Ukraine is complicated. It is far more complicated than any politicians or media are painting it as. It certainly isn’t black and white with clear cut “heroes” and “villains”, despite most people now seemingly infantilised to the degree that this is their worldview (thanks Hollywood).

Ukraine is also not some bastion of liberal democracy that should be defended at ruinous cost (potentially to the entire world). Ukraine is and has been for decades one of the most corrupt countries in the world. Probably everybody has seen an image in the press in recent days of the plucky and defiant mayor of Odessa doing his best Jason Statham impression, staring moodily into the lens while holding a pistol. Well, mayor Gennadiy Trukhanov is literally a gangster, involved for decades with smuggling people and drugs. Liberal democratic freedom fighter he is not.

President Zelensky, for all the talk of him being an inspirational war leader like Churchill, was named in the Panama Papers leak, and has probably embezzled a personal fortune of nearly $2 billion, with tens of millions of dollars in property in the US. He has been a useful pro-US puppet to prod the Russian bear and bring the new cold war that has been brewing for over a decade to a boil.

Prior to the “Euromaidan” of 2014, Ukraine had a democratically elected (though no doubt equally corrupt) government that favoured cooperation with Russia. The Euromaidan revolution in 2014 was in all likelihood a US backed covert regime change to steer Ukraine away from Russia. This was when the civil war in eastern Ukraine erupted, which has smouldered on since then - with some abatement during Trump’s term, as he was avowedly against NATO and further NATO expansion.

I have read lots of editorials all saying the same basic thing: Russia has to respect Ukraine’s sovereignty, and if Ukraine wishes to join NATO (and the EU) and align itself closer to the West, that’s Ukraine’s business and Ukraine’s business alone. This view is hopelessly naïve - not to mention deeply hypocritical if any person holding this view has supported almost any US-led interventionism since the end of WWII (Vietnam, Grenada, Panama, Yugoslavia, Iraq, Afghanistan…). It is naivety to believe that Russia would tolerate a large country on their border forming a military alliance with a bloc that was explicitly set up to contain Russia. It would be entirely the same as China forming a military alliance with Canada, Mexico, or Cuba. And I believe there might be some historical evidence showing how little tolerance the US would have for that - and the cooler and more rational heads in the US government in October 1962 fortunately helped the world navigate away from potentially apocalyptic territory.

I am not an expert on eastern European politics. But actually I do have a degree in international politics and economics, and one of the first concepts described to me was the distinction between idealism and realism in geopolitics. I have since come to the conclusion that it is good to think idealistically, but to act realistically. In an ideal world Ukraine would be a sovereign state like any other and should be allowed to follow their desired path. Ukraine’s reality however is that they are bordering a very large nuclear armed autocracy with whom they have a long and complicated relationship.

None of this has been the fault of the Ukrainian people suffering death and destruction - while their “heroic” president calls for yet more of other people's sacrifices, in a situation that at best (and this is a long shot) may result in temporary tactical victory for the Ukrainians, by forcing Russia’s demoralised conscript army to retreat. Even that would be a Pyrrhic victory however, as one way or the other, Russia will get what it wants: a neutral Ukraine, not a member of NATO or the EU, with guaranteed rights for its very large ethnic/linguistic Russian population. This will include the official recognising of Crimea as Russian territory, and likely the declaration of Donetsk and Luhansk as independent territories.

Arriving at this foregone conclusion without the Russian military flattening the rest of the country would really be in every normal person’s best interests, in Ukraine and beyond.

This is not appeasement. This is geopolitical reality. For anybody unsure on this concept, please go and read about the Cuban missile crisis. Fortunately for the world, what the Cuban missile crisis lacked was Tiktok and Instagram, where corrupt politicians could directly tug on the ignorant heartstrings of the world while calling for actions that could lead to the deaths of billions. Unfortunately, the pandora’s box of social media cannot be closed, so now we have millions of people calling for aid and assistance for the yellow and blue country they probably couldn’t even locate on a map just two months ago.

Learn some history. Learn about the people involved, and their personal and political motives. Let go of the outrage and moral hysteria of social media’s distorted realities and come back blinking into the light of the real world. 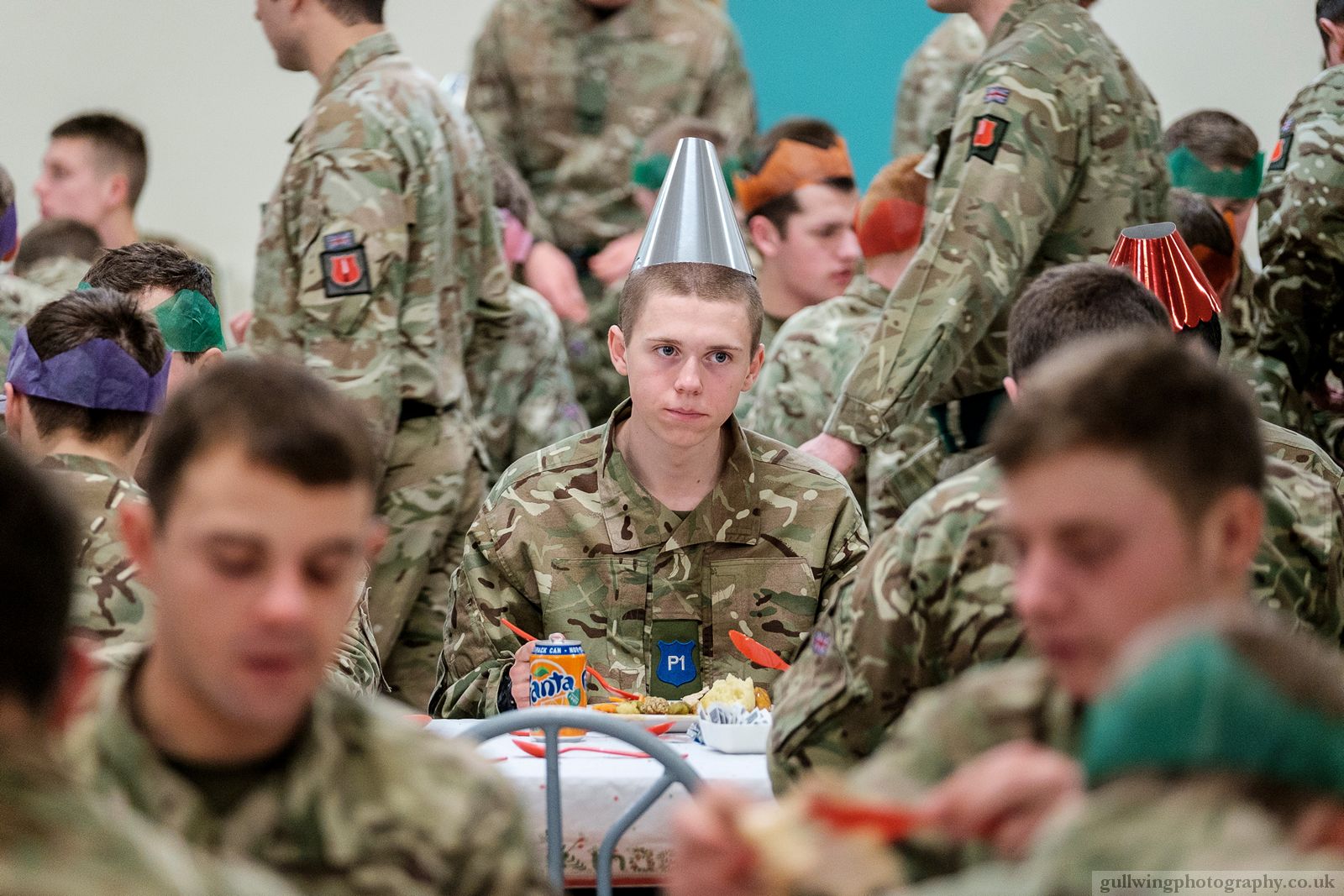 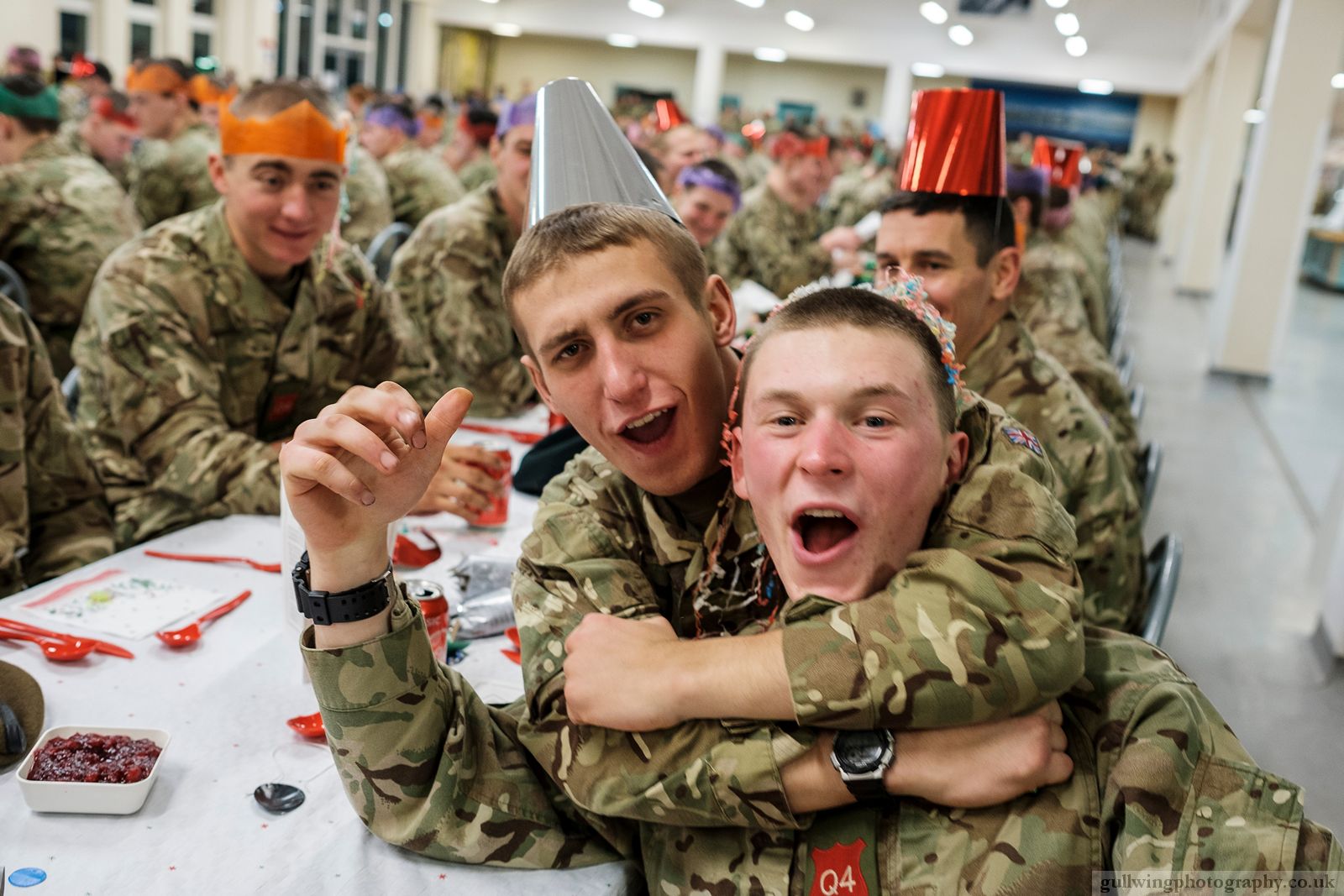 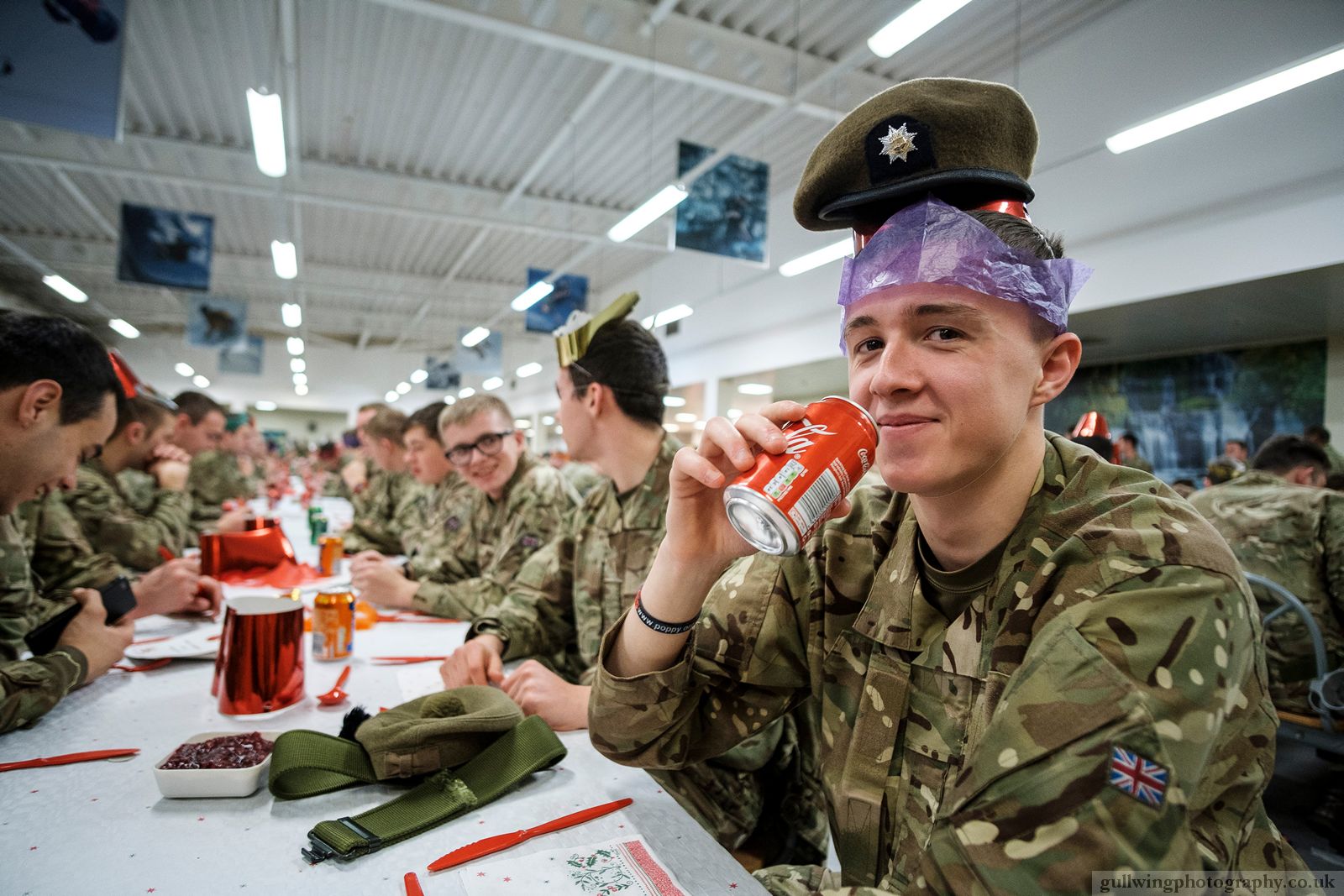 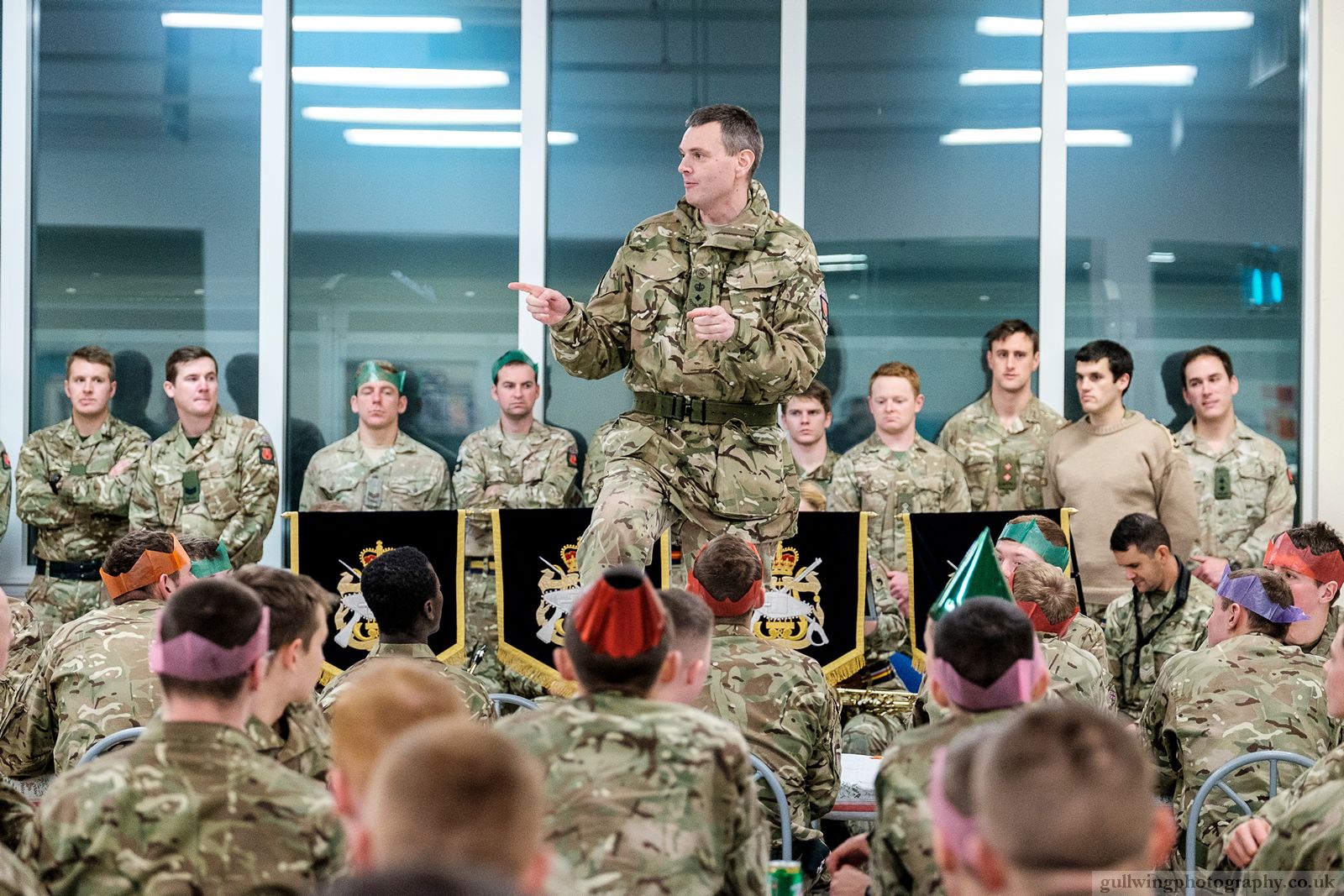